Imagine a baby in its pram, arms stretched out, mouth open in expectation. In most cases, the child will be looking for its mother’s milk. But even before he could speak, one Spanish man remembers yearning for something else – the unforgettable aromas and flavours of coffee.

This is a man who doesn’t just love coffee. He lives coffee. The same passion that inspired him as a baby has driven his success as a barista and latte art champion. It’s been a long and challenging road, but his journey has now come full circle. The coffee machine Hector used to make his first ever coffee was made by Barcelona-based coffee manufacturer Iberital – and fate has led him back to the same company. He now met again with the brand in the stand of Iberital at the trade of Hostelex Shanghai 2017, where he participated as judge of the barista competition held in the Iberital´s booth, a coffee espresso machines manufacturer located in Barcelona, with presence in more than 100 countries around the world. 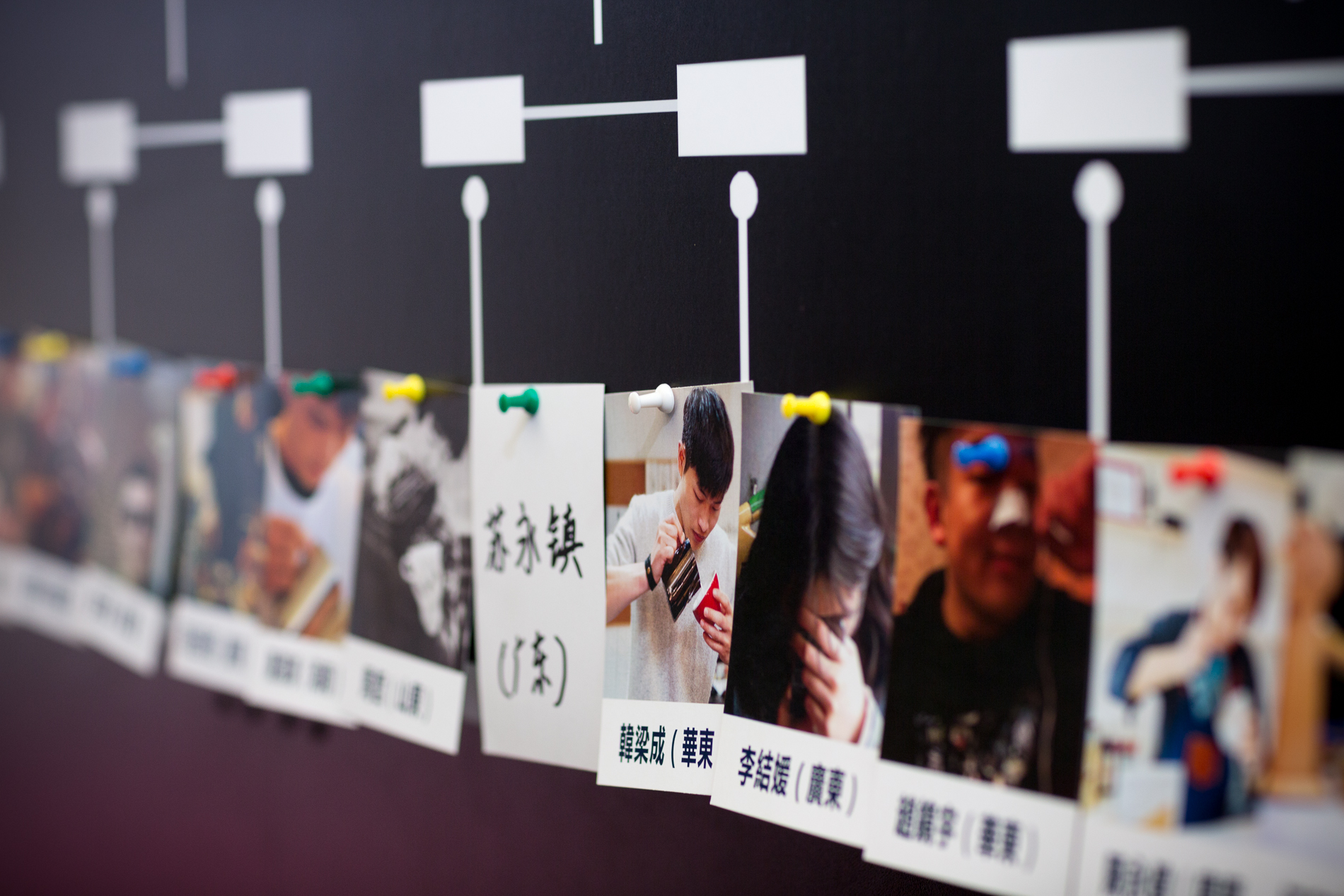 As if that’s not enough for one man to handle, Hector’s thirst for coffee is echoed by his thirst for lifelong learning – and for sharing his knowledge with others. As well as launching a coffee brand and training school, Hector now mentors baristas across Spain – and says there’s no greater feeling than helping his students realise their dreams.

Want to know the secret of his success?

Okay. Let’s start with the baby in the pram.

“When I was little my grandfather wet my dummy with coffee before he gave it to me. I’ve never forgotten the smell and the taste,” says Hector, based in Altea, near Alicante in Spain. “I made my first coffee with my dad when I was 14, using the machine in the cafeteria where he worked. At 16, I entered my first barista championship and that was when I made my first great coffee – a blend of 50% Brazil, 35% Nicaragua and 15% Java. By then I had a much deeper knowledge of the base material.”

Hector then started his coffee career in “a little warehouse” in Zaragoza, in the north of Spain – where he was inspired by the passion of his colleagues Alejandro Salvo and Juan Alcázar. “They instilled in me a love and passion for coffee. It gave me a base to start out in the world of coffee, working hard and pushing myself to the maximum. I felt a passion for coffee that keeps growing and growing.”

And maybe that ever-growing passion is what sets him apart from his rivals in competitions. Hector has racked up an impressive array of awards since his teenage years – he was crowned Spanish Latte Art Champion in 2014, 2015 and 2016. He finished in the top ten at world championships in Sweden and Italy and 14th at the equivalent event in Melbourne, Australia. Those are just a few titles from a long and accomplished list. 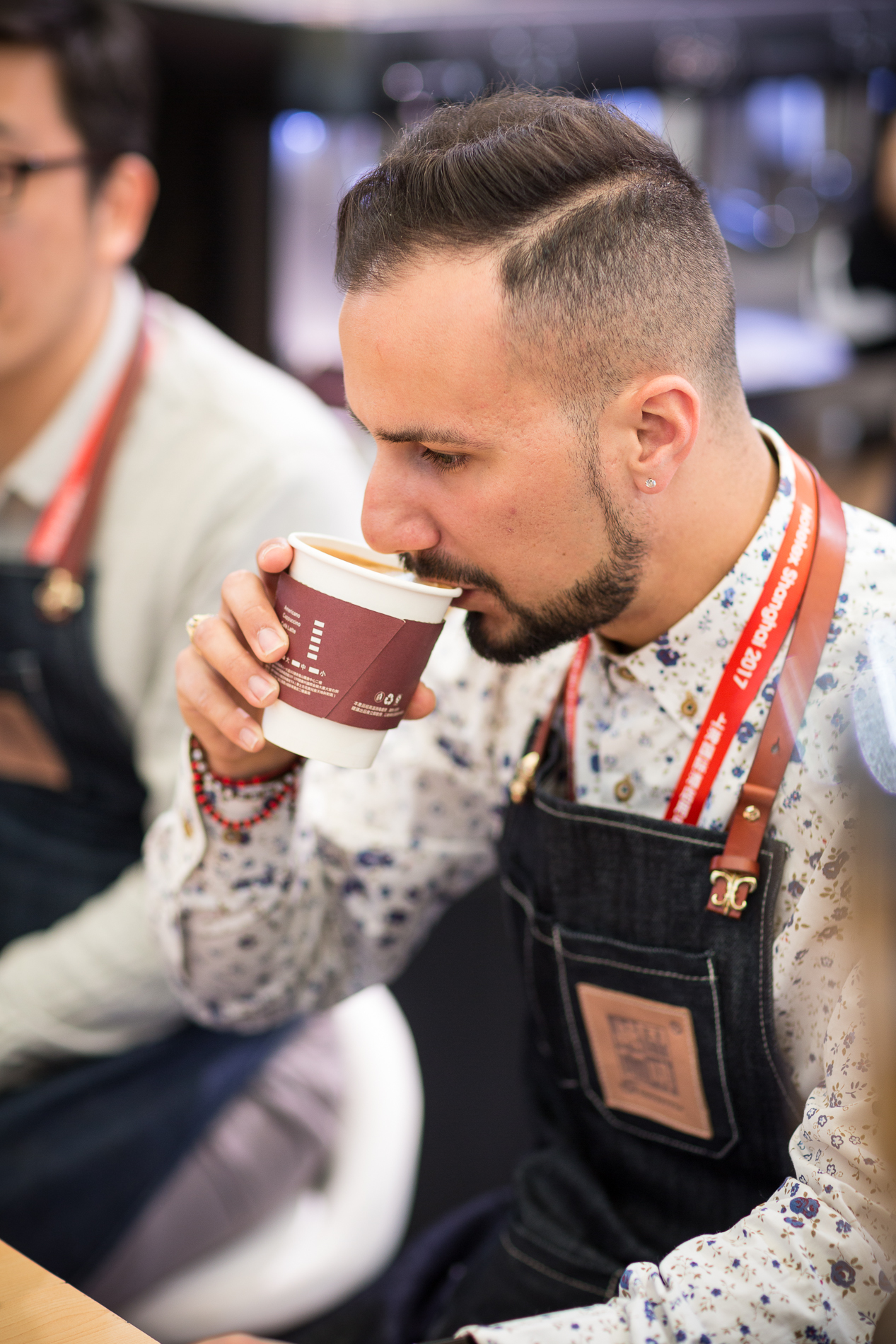 But he admits it’s not been an easy path to choose.

“It was hard at the start, encountering disappointments, but they gave me even more impetus to show that I could go far,” he said. “One time I entered a championship without a sponsor and I had to pay everything, spending the rent for my flat. I didn’t make it to the final and it felt like a disaster – but really, that was the moment that the doors opened for me and I dedicated myself to becoming a professional in the world of coffee.”

Twelve years later, he’s achieved that dream, and more – but says there’s no place for complacency. “We need to keep doing things well,” he says. And ultimately, it’s “the little things” that give him the greatest sense of accomplishment. “Like when a client tells me that there’s a big difference between a coffee made by a barista and a coffee made by someone who does it without passion; when they tell me it’s been the best coffee they’ve ever had.”

So what tips would he give to upcoming baristas?

“No dream is too big and no dreamer is too small,” he says, citing that phrase as the best advice he ever received. “All the effort is worth it and even though the goal seems like a long way away, we always have to fight to make it. It’s about making the effort when nobody else believes. Never stop believing in yourself. Everything happens in its own time.”

And, he says, never make the mistake of thinking you know everything. “I’ve worked for 12 years as a professional barista and I still feel the need to keep learning”, says Hector.

He’s so passionate about learning that he now trains baristas across Spain and is currently working tirelessly to launch an innovative new business – Creativity Coffee Roasters and Creativity School.

His passion for coffee is genuine, contagious and inspiring – a fact that’s demonstrated by the success of the young baristas he’s already guided to success. “It’s relatively easy for one person to achieve their dream, but to help somebody else achieve their dream is difficult.”

But in the case of one student, Javier Carrión Lozano, they’ve done just that.

Hector describes Javier as his “best friend, best student and best colleague” – and says his greatest achievement was witnessing him scoop first prize in the Campeón Nacional de Baristas Fórum Café 2016 – a competition between baristas from every region of Spain.

Hector says it’s been “incredible” to help Javier become a professional. “It’s helped me grow too,” he says. “We’ve trained and done months of preparations, trying to show our passion for coffee. We’ve got a great friendship so we’re a perfect team. In many circumstances, you need somebody who thinks the same way you do and that’s helped us achieve incredible feats and live unforgettable experiences.”

He says one of his best moments was preparing for Javier’s first competition, aware that his student didn’t know what to expect – then watching him win and reach the top level in Spain.

“It shows that anybody with a passion can get where they want,” says Hector. “He’s an extraordinary friend.”

And when it comes to coffee, there’s no doubt Javier transmits an extraordinary passion. 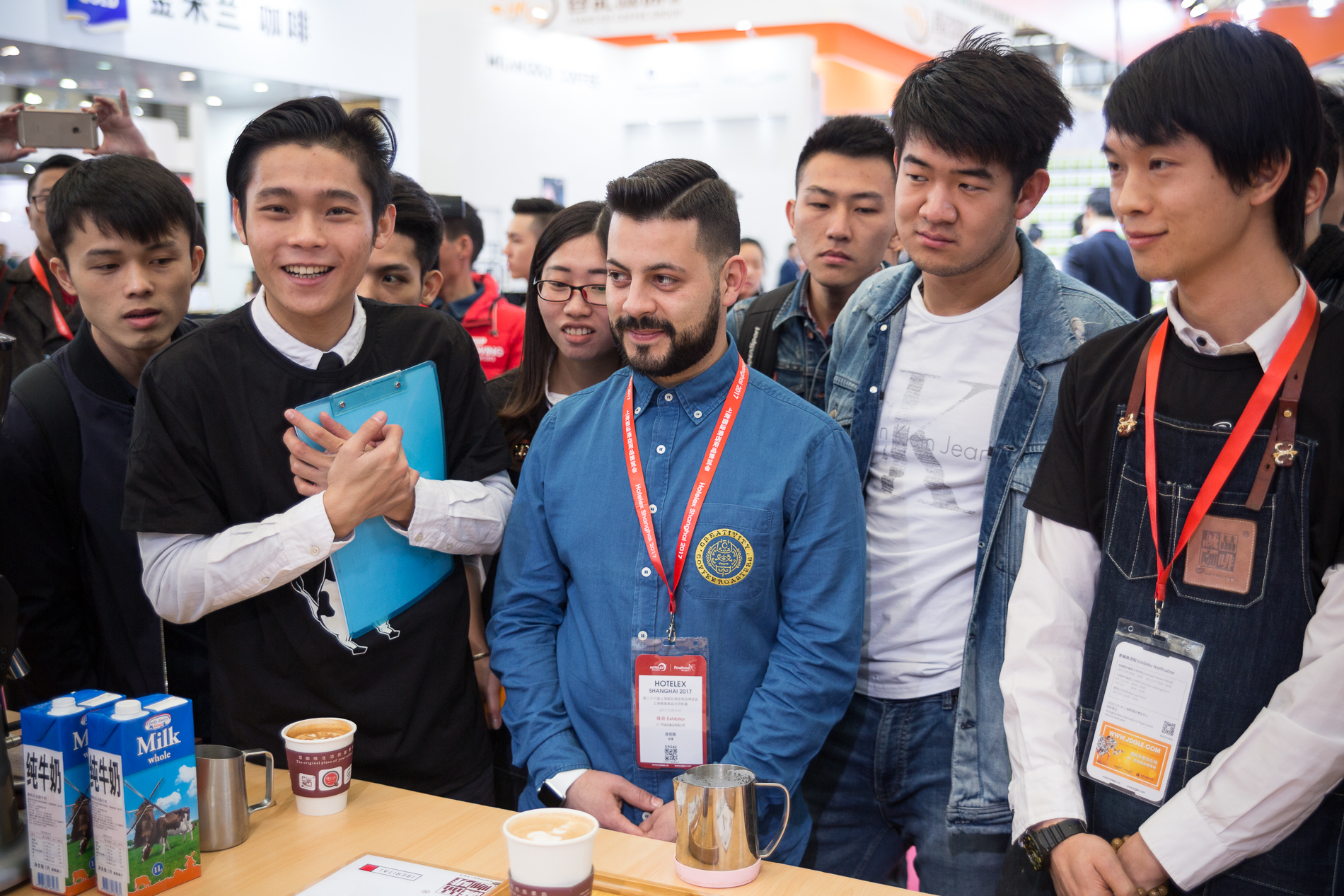 “I live for coffee and I’m committed to keep learning, to be able to later share that knowledge. There are always going to be people who see coffee just as coffee, but when a barista prepares it for you, it’s something else. You realise that behind each coffee, there’s a story.”

“I grew up in my parents’ bar and I always knew I wanted to dedicate myself to the same thing. The most important thing is to serve sensations and experiences,” he says. “If you treat coffee like it deserves to be treated, it will repay you with dreams come true.”

He’s travelled extensively since those early days in the family business – the highlight being his recent trip to Shanghai; there he met one of his coffee idols, Schroeder Hsieh of Milkglider.

“Before I was a barista, I followed him and his coffee shop, Milkglider. I dreamed of having my own coffee shop and when I opened it, it was inspired by his. I’ve always followed him on social networks and it was really exciting to meet him in person.”

There’s no doubt Hector and Javier possess a remarkable passion for coffee and everything that goes along with it. But one final question for two men who were clearly born to be baristas – how important is the machine? 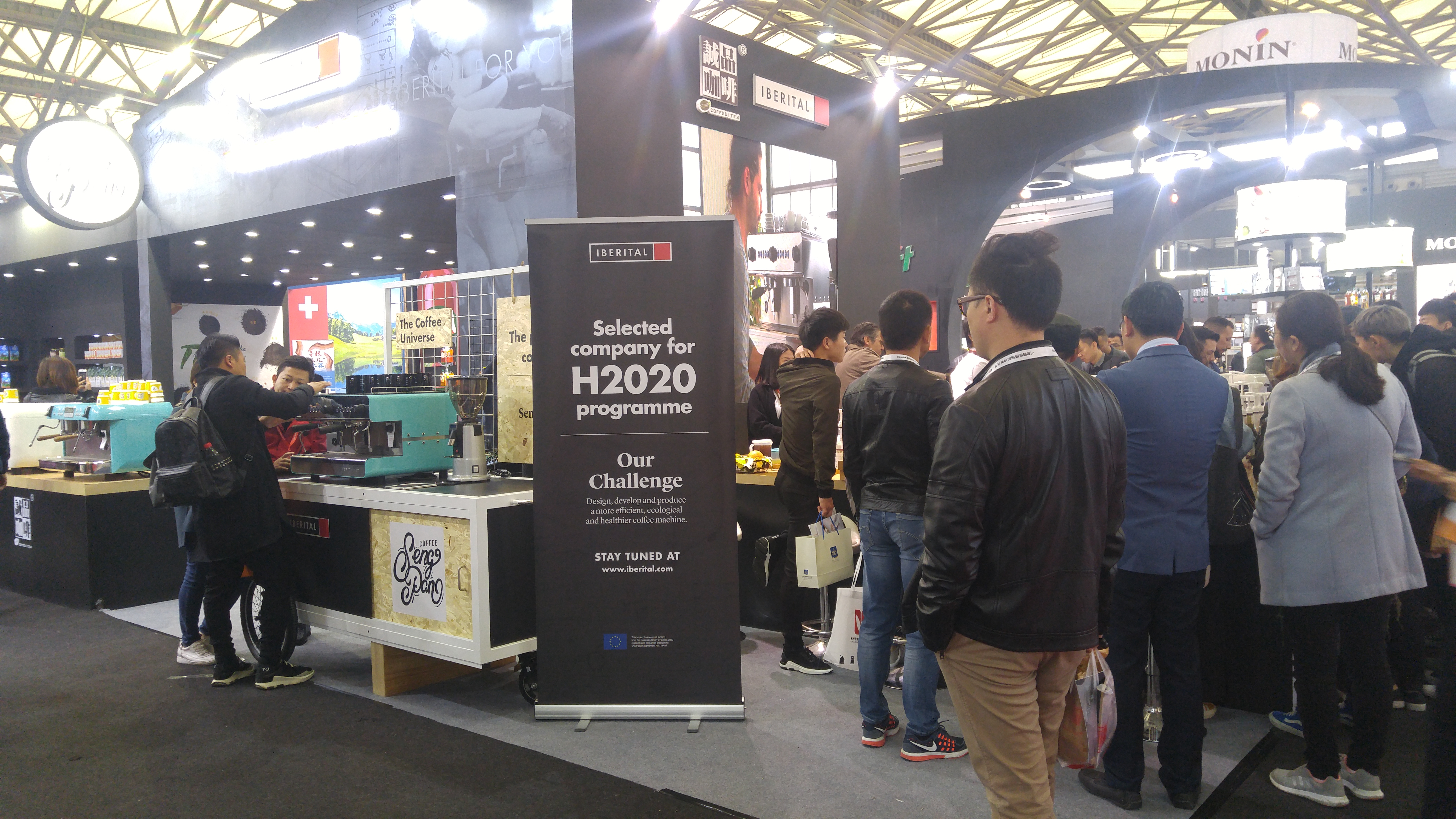 Javier says it’s a matter of balance; that each complements and helps the other.

Does Hector agree? Absolutely. “Both parts are important to reach the final goal and create an extraordinary product,” he says.

I’d say the same applies for Hector and Javier; each complements and helps the other to reach their full potential and create extraordinary coffee.