I drank my first ‘real’ coffee in September 2002 in Barcelona. I was 22 years old and had moved to the city a few days earlier, having just graduated from university in my native Scotland. I spoke no Spanish or Catalan at that stage and after various futile attempts to find a pot of good English tea I decided to drink like the locals and ordered a cafe con leche, por favor. It was one of the first phrases I learned, but has without any doubt been the most useful and most frequently used.

I’m now fluent in Spanish and prefer a cortado to a cafe con leche, but just as that move to Barcelona changed the direction of my whole life, that first taste of coffee changed my drinking habits forever.

Like many British people, I began drinking black tea with milk when I was very young and it was the automatic choice whatever the occasion or time of day. I drank several pots every day. It was especially useful in times of trauma or grief, when it would be served with several spoonfuls of white sugar. 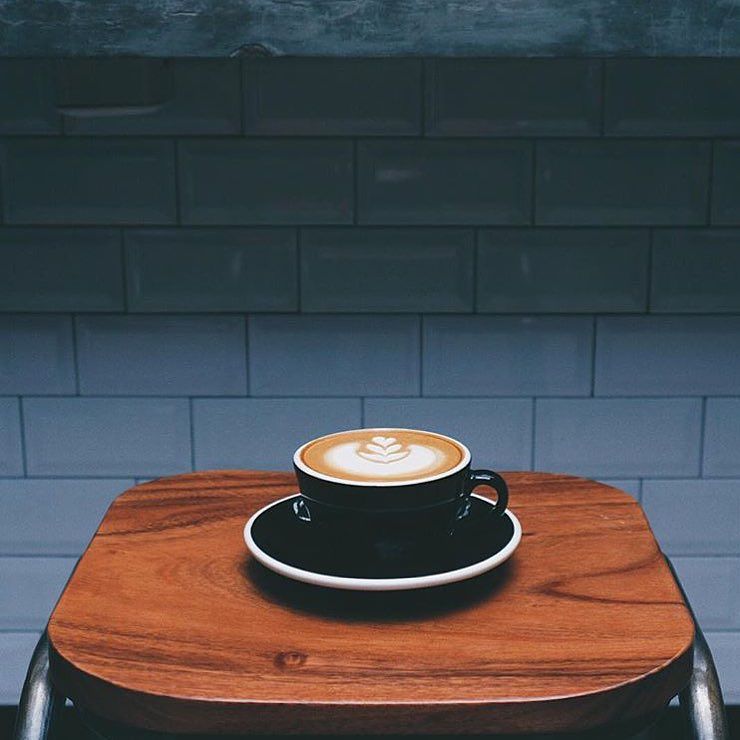 One of my mum’s friends occasionally drank coffee when she came to visit and I have happy memories of sitting beside her at the kitchen table when I was young, inhaling the exotic aroma of this mysterious black liquid that I knew very little about.

First of all, I thought it was a drink only suitable for adults, like wine or beer or whisky. I believed it was sold only in big glass jars with plastic lids and came in the form of little brown granules that looked worryingly like instant gravy mix. And as far as I could tell, it was never made in a pot – always directly into a mug. As a lifelong teapot user, that final point was the hardest for me to accept and at the wise age of fourteen I dismissed coffee as something undesirable and in some ways, lacking in style.

My teenage self could never have imagined I’d become a self-confessed addict or that my passion would extend to volunteering on a coffee farm in Nicaragua and writing for a coffee magazine.

I’ve spent much of my adult life living in countries where coffee is produced and/or where drinking it is a national pastime. Mexico, Guatemala, Nicaragua and Spain are coffee-loving countries and have helped shape me into somebody who can’t imagine life without espresso, preferably served in a glass. 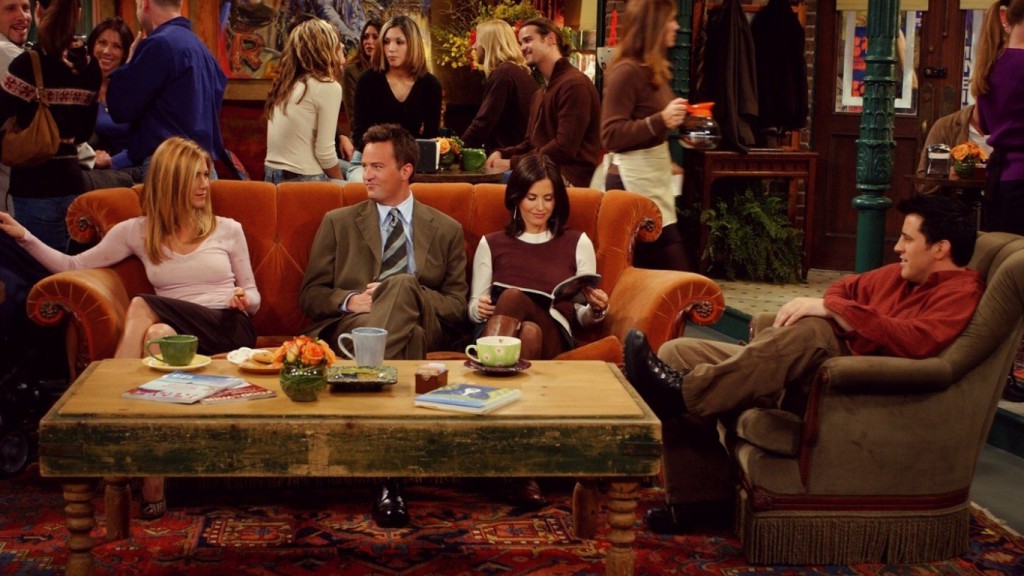 Scene at the Central Perk café from the “Friends” TV show. Source: TheRedList

But what happens when I go back home to Scotland?

Fifteen years ago on trips home from Barcelona I lamented the desperate lack of real coffee available in Scotland. The first few Starbucks coffee shops had opened their doors and were proving popular but it was still very much a novelty to see an espresso machine. Drinking real coffee was a fairly niche habit often associated with pretentious students and the middle class. It was considered a fashion, a fad, a treat – certainly not something that was an ordinary part of life.

I’d guess that in 2002 most Scottish people didn’t know what a barista was unless they’d been to Europe and had never heard phrases like shade-grown or artisan-roasted or skinny soy latte. And when I worked as a reporter for a daily newspaper in Scotland I was ridiculed by colleagues for taking a French press cafetiere into the office so I could drink real coffee as I worked.

But something has changed.

Today shopping streets across the UK are packed with independent and branded cafes which are bustling with life all day, every day. Study the queue and you’ll find a diverse mix of students and professionals and parents and pensioners and everyone in between.

Reliable statistics are hard to find, but a 2012 study highlighted by the British Coffee Association claims 48% of people in the UK now choose to drink real coffee instead of instant granules.

Looking at a few more numbers – more than 23,000 attended this year’s London Coffee Festival and a similar event launched in Edinburgh in October attracted a crowd of almost 2,000.

Annie Wheeler, marketing manager for the Edinburgh event, said it was “definitely a huge success” with more than 20 independent Scottish coffee roasters showcasing their products. “Coffee is on trend,” she said. “It’s something people have got a lot of interest in.” 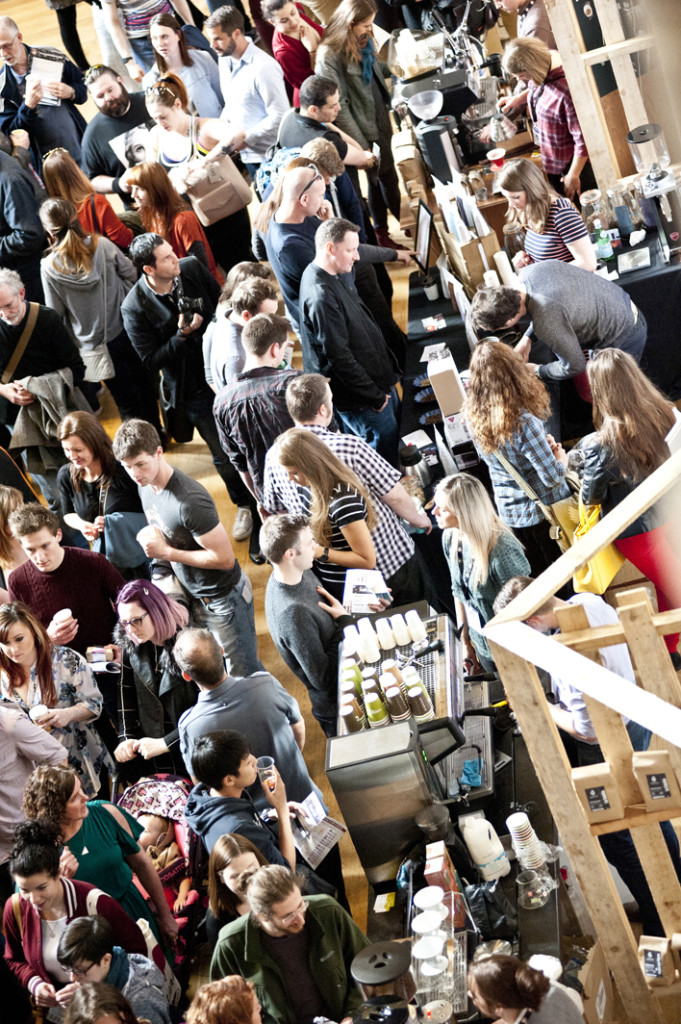 But how and why did the change happen?

Gethin Evans is spokesman for UK organisation Cafe Society which promotes the development of the cafe environment in the UK. It also runs the annual Cafe Life Awards which encourages excellence and innovation in the industry. Gethin has an unusual theory, but one that I can relate to completely. He believes cult TV show Friends played a key role in creating the UK coffee culture.

“There’s nothing scientific to back it up but we speak to people who were adolescents or students around about that time (1994 to 2004) and they were influenced by that. It brought that kind of group and that kind of socialising into the collective psyche.”

Inspired by Rachel and Ross sipping cappuccinos at Central Perk in New York, British consumers started looking for the same experience at home – and major coffee shop brands like Starbucks and Costa were more than happy to meet that demand. “It was a bit of a perfect storm,” he said.

Gethin also believes the internet shopping boom changed the purpose of shopping streets in the UK.

“The high street isn’t just a place for transactions anymore. We go for a very different purpose. People are looking for an experience. We’re looking for flavours that we just can’t get at home.”

He says improvements in technology have also played a key role, allowing restaurants, bakeries and food courts to offer consistently good coffee to customers and therefore widen the market. But is there a chance coffee could become more popular than tea in the UK? Gethin doesn’t think so.

“Coffee has not peaked. But tea is part of the British D.N.A.” 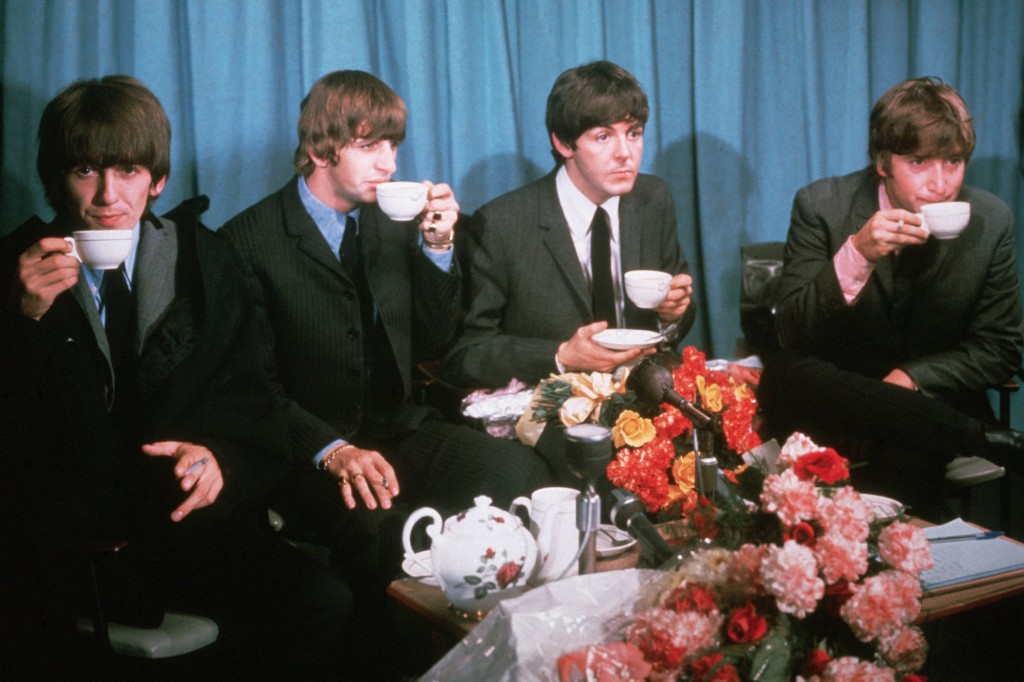 Kristine Breminer, chairman of the British Coffee Assocation, isn’t so sure. She says, “Gone are the days when tea was the ‘go-to’ hot drink. Coffee has been embraced so fully that many people will spend time and money on having the perfect cup daily.”

Maybe the popularity contest between and coffee will never be won outright – and maybe the two products are not even fighting in the same ring. Tea is part of the British heritage. But where tea offers comfort and tradition, coffee offers innovation and a flavour that, more often than not, people just can’t recreate at home. So while teabags continue to inhabit most homes and offices across the UK, those same consumers are opening their arms and wallets to embrace the coffee shop culture.

“It’s developing so much in Scotland,” says Annie of the Edinburgh Coffee Festival. “It’s more accessible. It’s something people can relate to.”

Home will always feel familiar, will always bring me comfort, will always trigger childhood memories – the same way tea does. But despite consuming gallons of espresso in my lifetime, I still view coffee – and Spain – as something vaguely exotic, something that continues to intrigue and delight me fifteen years after our first unforgettable encounter.