I’m going to tell you a secret which might just transform your summer. Ready? Here goes. Cold coffee is not just coffee that’s cold. As with many things in the ever-evolving and ever-inspiring coffee universe, cold coffee is much more complex. 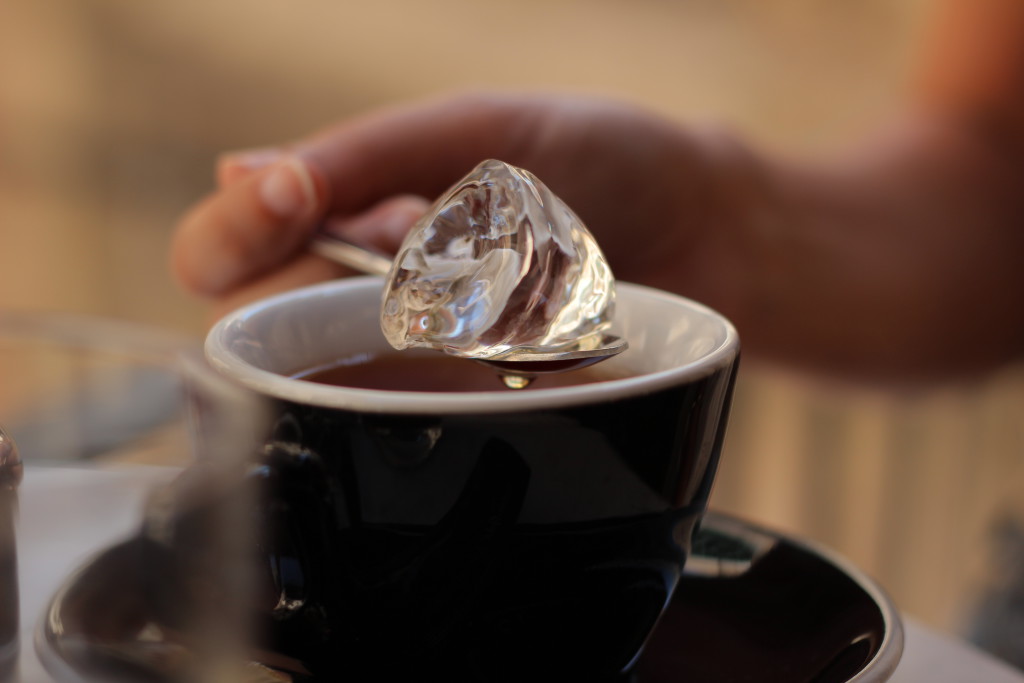 Key point to kick off – iced coffee is not the same as cold-brew coffee.

Chances are you’ve tried iced coffee before. It’s filter coffee made in the normal way – fresh grounds are brewed in hot water – but it’s then poured over ice to chill. Simple.

This kind of iced coffee is hugely popular across the coffee universe. If you go to Greece in summer try a Freddo Cappuccino – espresso over ice, topped with a cold frothed milk. The Italians are a little more flamboyant. Order an affogato and you’ll be given an espresso poured over a scoop of vanilla gelato. 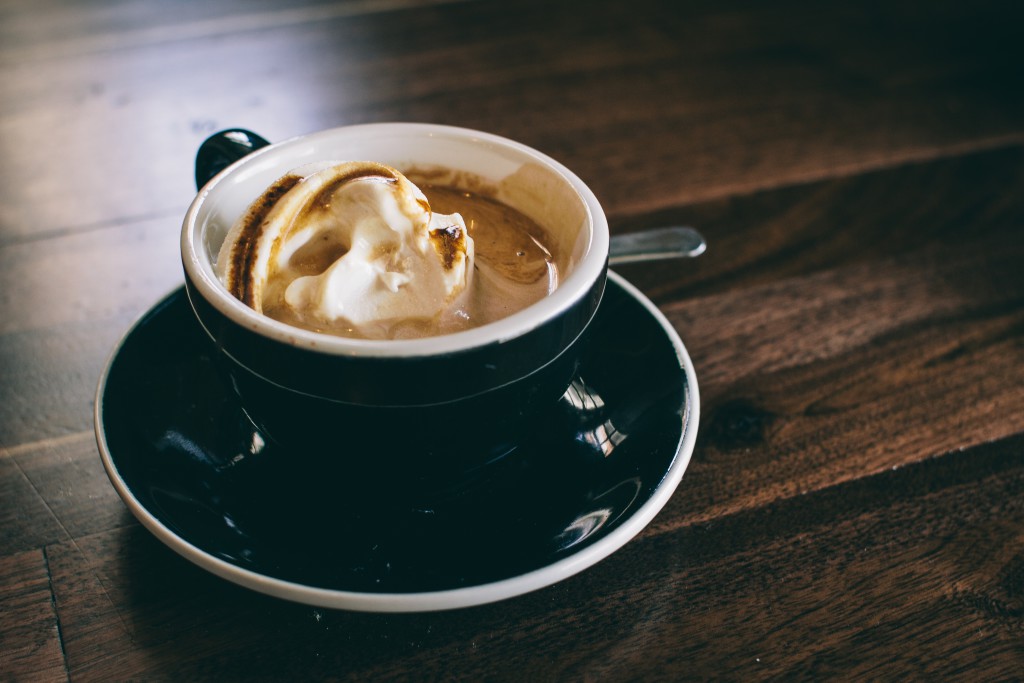 In Australia and Japan iced coffee is commonly pre-made and bottled to be sold in supermarkets and petrol stations. In the United States and the United Kingdom caffeine lovers are bombarded with milkshake-style coffee combos in summer, many of which feature cream, and lots of it.

Personally I can’t stomach the majority of these iced coffee creations. More often than not I’ll simply order my regular cortado (short coffee with a touch of milk) with a separate glass of ice on the side – then I’ll combine the two to make my own cocktail. 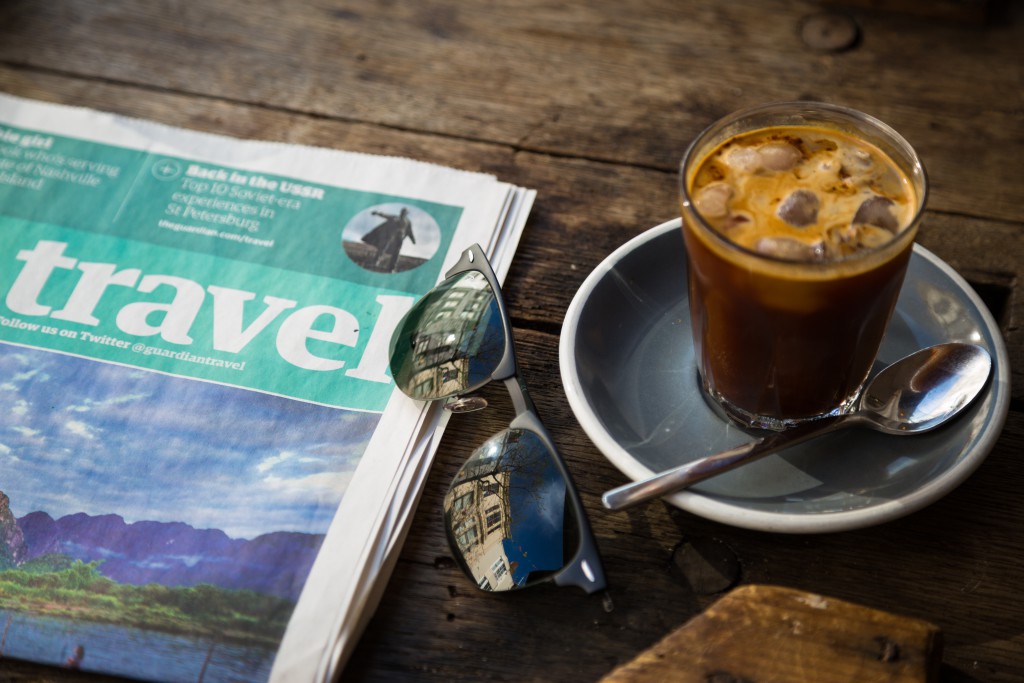 But what about cold brew coffee?

It’s nowhere near as common as iced coffee and chances are you’ll only find it in speciality coffee shops. So what is it? The secret’s in the name.

A true cold brew is made by soaking quality coffee grounds overnight then straining them. That’s it. No kettle, no steam, no pot bubbling on the stove. Usually it’s ready to drink after around 12 hours of super slow brewing – at which point it tends be served solo, in a glass with ice cubes. No milk, no syrup, no sugar, no cream, no sprinkles. Just cold coffee.

Confession: I’m drinking my first ever glass of cold brew as I write this article. My verdict? Wow. The initial sip was like an ice-cold slap in the face. It’s powerful stuff – but smooth and refreshing at the same then. I rarely drink black coffee but this is an absolute treat. There’s not a trace of bitterness in this pale-brown brew. 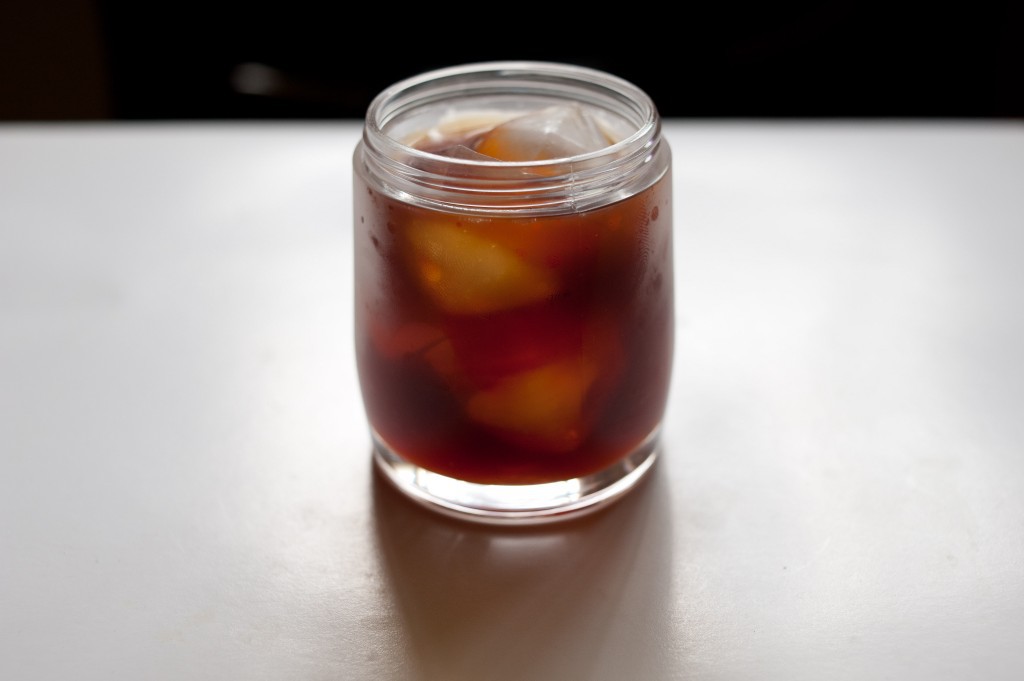 So I’ll finish by saying it again. Cold coffee is not just coffee that’s cold. This summer, let’s spread the word.