When computational chemist Christopher H. Hendon, in collaboration with U.K. Barista Champion and three times world finalist Maswell Colonna-Dashwood, published Water for Coffee (2015), little was known about the effect of water in the brew. Thanks to them, one can now predict, with a given water, how a coffee will taste.

They met back in 2012. Hendon was working on his chemistry Ph.D. in Bath (U.K.) and Colonna-Dashwood, co-owner of Colonna & Smalls, needed some help with understanding some water chemistry readings that came up during the roasting process. Their conversations crystalized in a paper (appeared in the Journal of Agricultural and Food Chemistry in 2014) on how water hardness affects coffee flavor and, later on, in the co-authored book Water for Coffee.

Today, Hendon (Assistant Professor at University of Oregon) is said to be on the way to becoming “the resident scientist for the specialty coffee community”. In this interview via email, he explains us a bit more about how the chemical composition of water may determine the character of a cup of coffee.

In 2014 you published the article “The Role of Dissolved Cations in Coffee Extraction”, which later on turned into Water for Coffee. When did your interest in coffee begin?

My interest in coffee did not start with a fantastic cup of coffee, like most peoples’ stories do. Instead, it began with a discussion about a bad one. During my Ph.D., I began to work with Maxwell Colonna-Dashwood. At the time the impact of water chemistry on coffee flavor was relatively unknown. To help understand this influence I turned to computational chemistry, my real job, to help put some numbers on the effects that we were already tasting in the cup. That article marked the beginning of me merging my real scientific perspective with the blossoming industry of coffee.

You said you met Maxwell when working on your chemistry Ph.D. in Bath, England, back in 2012. How was that meeting? When and why did you decide to co-write a book about water for coffee?

Well, I am Australian and, like most Australian, I thought that because I was from Melbourne I knew what good coffee was. How ignorant I was at the time! I probably wouldn’t be here working on this topic if I hadn’t had that discussion with Maxwell, though. His shop was my first encounter with truly specialty coffee. What I am trying to say is this: If I had walked in to any other shop and ordered my latte, I would have simply gotten a latte. Instead, I got a latte and Maxwell took that opportunity to teach me something. I am grateful for this, because over the space of two years we shared knowledge. I think we realized at some point that we had learned a lot by talking to each other, and at this point we decided to write it down. It felt like a natural progression, but also an important scientific contribution.

What coffee brewing means to a chemist?

Brewing coffee is simply an extraction process where we are trying to limit the extent of chemical extractions that taste bad, while managing to extract high levels of things that taste good. This is tricky, because the rate of an extraction is determined by the water temperature, surface area of the coffee, and other things. I get excited about coffee because we are really trying our hardest to perform a complex experiment and the way we validate our success is through tasting and communicating.

Until a few years ago, the role of water in the process of coffee extraction seemed to be overlooked. With your book you aimed to get people thinking of water in a different way – have you noticed radical shifts in the coffee industry and how the chemistry behind water is considered now?

When discussing water with people, I notice that the audience did not grasp all the concepts in the book. This was expected, as the content of the book is challenging. For the most-part, though, people appear to have learned a lot about water chemistry, as evidenced by various new companies capitalizing on this topic. I think that we will continue to see advances in both filtration and understanding in the coming years.

What does understanding water really entail?

There are really only two concepts that matter for coffee: calcium, magnesium and bicarbonate concentrations. Metals help extract flavor and body, while bicarbonate structures the flavor. To determine their concentrations, the most straight-forward method is through titration – a chemical method where you add a reagent of known concentration to water containing unknown concentrations (for instance, your brew water) and rely on some chemical reaction to tell you what’s in the water. [You can watch this video about the process: https://www.youtube.com/watch?v=2D5RTrSZQ7s&t=202s]. 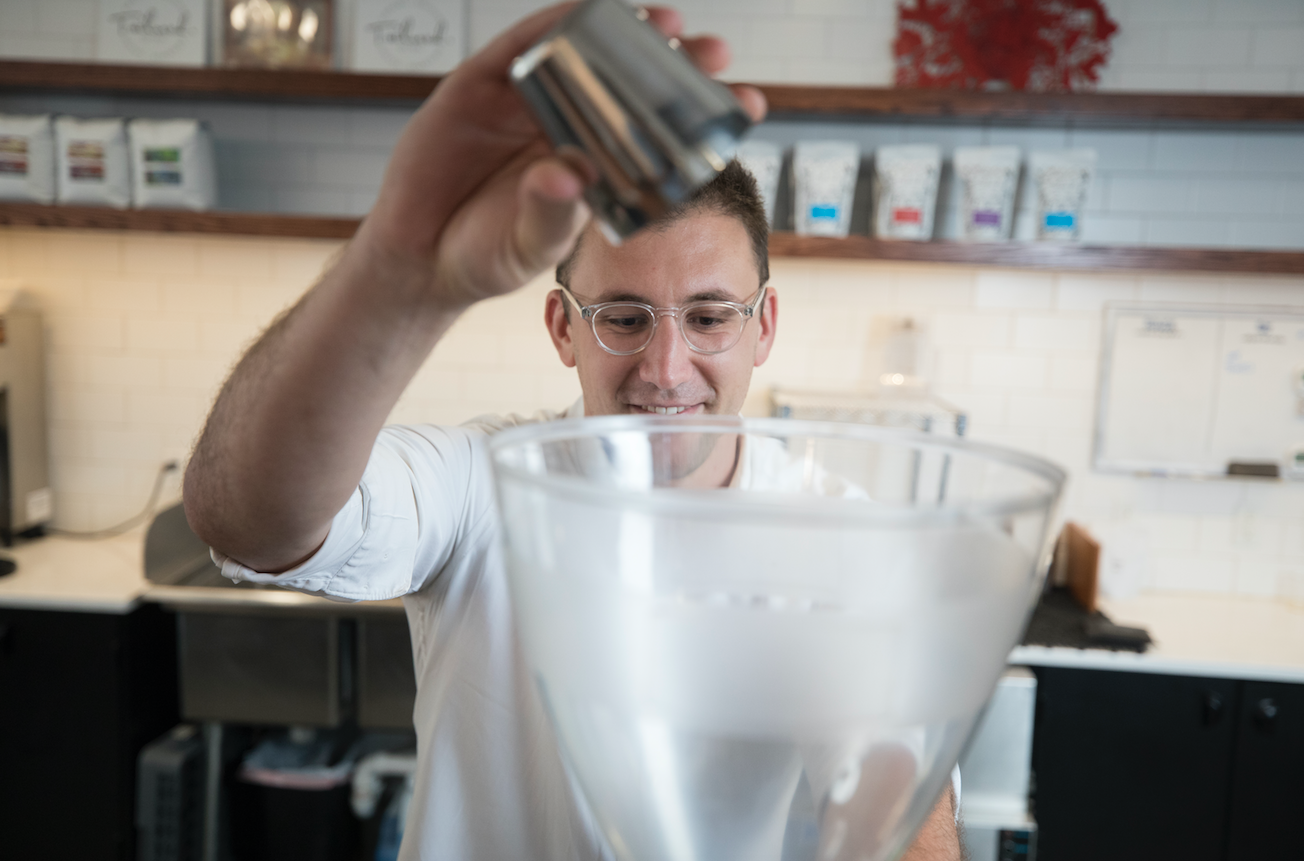 Although there is no such thing as perfect water, having the goal of coffee brewing in mind (to obtain a balanced cup that features pleasant acidic notes but no undesirable flavor), what would be an ideal mineral composition of water like?

The best starting point is to aim for a 2:1 ratio by mass of Ca2+/Mg2+:HCO3- [calcium/magnesium:bicarbonate]. This is tricky, in practice, because the other negative species shouldn’t be Cl− [chloride] if you care about stainless steel health.

Why is it so challenging to design water with high levels of flavor-extraction ability that, at the same time, does not impair the coffee machine?

This is because the common negatively charged compounds, chloride [Cl−] and bicarbonate [HCO3-] both cause problems. Chloride will corrode stainless steel, while bicarbonate can crystallize with calcium [Ca2+] to form limescale [CaCO3], which can rupture pipes and deposit in various places in the machine. Not to mention that bicarbonate [HCO3-] also causes issue for flavor. So you need to find other anions that, on one hand, don’t taste bad and, on the other, don’t cause problems. This is a hard problem to solve.

Considering that coffee beans are normally roasted to a certain water, which may not correspond with the water that particular coffee will be brew with, do you think that it would be advisable trying to find a standardized water for the whole coffee industry?

I definitely do not see value in achieving a standard water for the industry in general. I actually think that is value in standardizing competition water because it means people can make their own water at home and learn to roast and brew with something very predictable. But as an industry, water is merely something that comes out of a tap. We needn’t homogenize the process, but rather embrace the variation and learn what works well and why. I think the most exciting prospect here is that this intrinsic water variation will make certain coffees more valuable (Brazil, Papua New Guinea, Sumatra, some Central American) whose flavors are driven by chocolate, nuts, and sweetness, rather than acidity. Those coffees are the most resilient to different water chemistries and hence give a roaster the most upside for their product to taste the same in many locations. Having said that, both myself and the industry love acidity and other flavors and they will always be challenging to achieve outside of the roaster. I think that is an exciting element of coffee, rather than a problem! 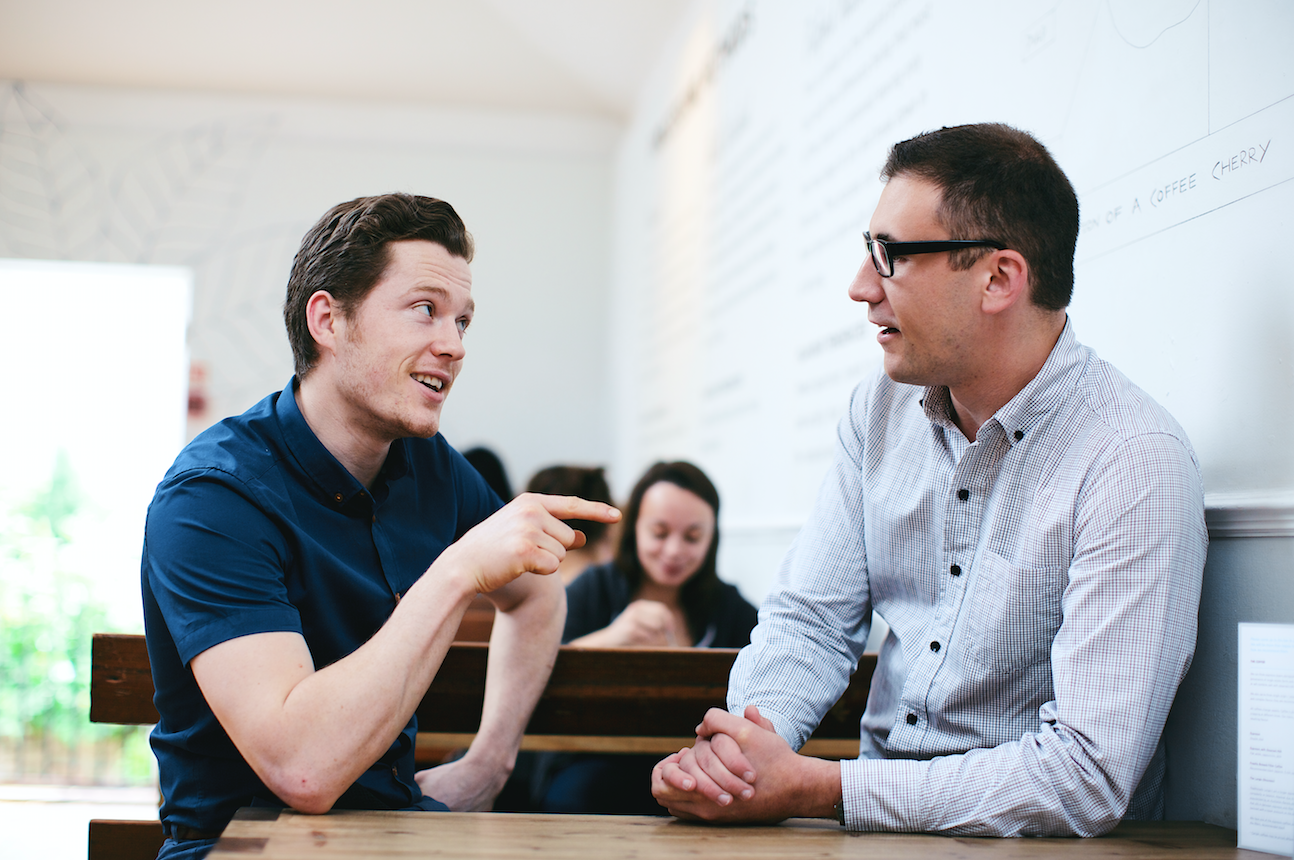 Leaving water aside again, according to what Maxwell says, you are on the way to becoming “the resident scientist for the specialty coffee community”. Why this field, unlike other food industries such as wine or beer, had lacked a scientific grounding?

I am not actually sure. I look at the economic impact of coffee and this field seems to be exactly the sort of thing scientists would like to work on because there is scope for broad impact ranging from the agricultural and biological to chemical and engineering advances. I am not actually certain the science of beer and wine is as sophisticated as you might think, though.

After publishing another article on the topic (“The effect of bean origin and temperature on grinding coffee”), are you planning on continuing your research on coffee?

Absolutely. My next paper is going to be my most provocative yet. It will focus on how to achieve espresso consistency while minimizing the use of dry mass. It’s an exciting time because I think we are on the cusp of making major breakthroughs. Also, if I am able to secure funding support from industrial collaborations I should be able to get a Ph.D. student working on coffee. If you thought I have been productive, imagine what we could achieve if I had someone working sixty hours per week on the topic. That time is coming.