Picture the scene. Your boss calls you into her office, sits you down and says she has some good news. She’s going to increase your income by 50%. Yes, fifty. So what’s the catch? Do you need to work more hours? No. Do you need to take on more responsibility? No. Same job, more money. That’s it.

Before you dismiss the idea and say it’s too good to be true, let me introduce you to a remarkable woman called Vava Angwenyi. The 35-year-old from Nairobi in Kenya is founder of Vava Coffee, a social enterprise which aims to ensure coffee farmers get premium prices for the speciality coffee they produce. And yes, you guessed it – during the last coffee season Vava and her team were able to increase payments to coffee farmers by an incredible 50%. Want to know how they did it? Read on. 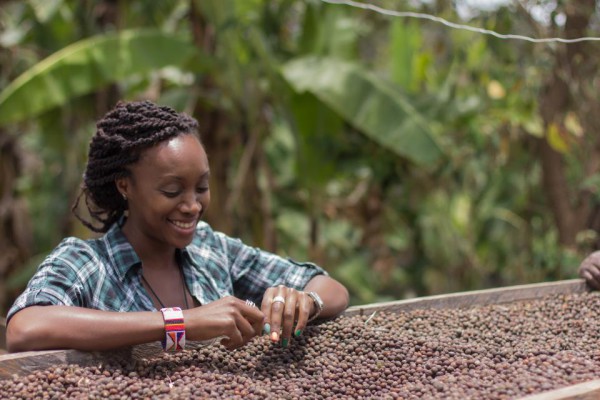 Vava Coffee is a social enterprise based in Nairobi, Kenya, which aims to improve prospects for local communities and the coffee industry as a whole. But rather than handing out cash, Vava Coffee helps communities to help themselves. And how does it achieve that? By engaging people in work activities they’re skilled in performing. So while much of its work is focussed on small-holder farmers it also works with groups of women who live in informal settlements surrounding Nairobi – they make colourful bags which are used as packaging for the beans sold by Vava Coffee. For the record, their coffee is sourced from the Mount Kenya, Rift Valley and Trans-nzoia regions of Kenya, which yield coffee beans with a distinctive African taste. See www.vavacoffee.com if you’d like to buy some. 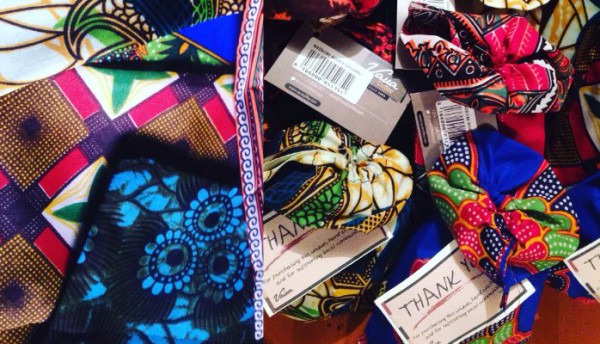 Vava said, “The purpose of Vava Coffee is to improve the livelihood of the small-holder Kenyan coffee farmer and call the world to action to purchase ethical coffee. In order for this to happen, people must be aware of and understand the plight of the coffee farmer in Kenya and the challenges they face. They must also understand what coffee means in Kenya and how the industry works.”

Okay. So before we go any further, let’s talk about Kenya.

The former British colony is located on the east coast of Africa and borders five countries, including Ethiopia, birthplace of coffee. It sits on the equator but has every kind of weather and terrain imaginable, from tropical beaches on the Indian Ocean to the permanently snowy peaks of Mount Kenya; from the arid desert landscapes in the north to the wet and steamy humidity around the vast Lake Victoria.

And how many people live in this diverse country? At last count Kenya had a population of around forty-five million, and around six million of those live in and around the capital city, Nairobi.

Next question – how do all of these people make a living? This is where it starts getting complicated.

Kenya is one of the biggest economies in Africa. The biggest earners are the services industries such as tourism and manufacturing which create 75% of the GDP (gross domestic product) but employ only 25% of the workforce. The biggest employer is agriculture, with a whopping 75% of the population working in that sector despite the fact it accounts for around 20% of Kenya’s GDP. And what do they grow? The main products are tea and horticultural produce such as cut flowers– with coffee taking third place, despite the fact Kenyan beans are regarded as some of the best on the planet. 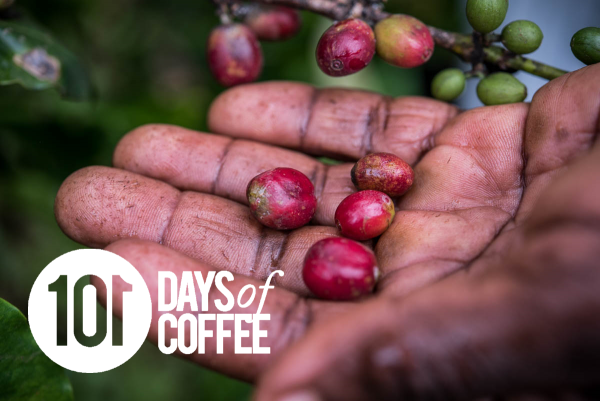 Food Business Africa magazine claims there are 700,000 coffee farms in Kenya – and says five million people benefit directly and indirectly from the industry. But overall production is falling, and fast. Kenya produced 130,000 metric tonnes of coffee in 1989 but only 50,000 in 2000.

Numerous factors have damaged the sector including a slump in worldwide prices and the spread of disease. It’s no surprise that some farmers respond to these threats by abandoning coffee and growing something else in the hope that a more reliable crop with produce a more reliable source of income. Some farmers choose to move away from farming altogether – and in several parts of the country fertile land is being sold to property developers.

There’s no doubt life is challenging for many people working in the Kenyan coffee industry but thanks to organisations like Vava Coffee, there’s hope that conditions can and will improve.

Vava’s most recent project was a campaign called 101 Days of Coffee. It aimed to “reveal the faces behind Kenya’s highly sought-after coffee” by giving a voice to the people who work within it. Interviews, articles and videos were posted on the company website every day for 101 days, inviting readers to deepen their knowledge through a series of insightful personal testimonies told directly from the perspective of people involved in coffee production and distribution in Kenya – the workers on coffee farms, the small-holder farmers, the management of co-operatives, those who mill coffee, buyers at auctions, the people that export coffee across the world, and the vendors. 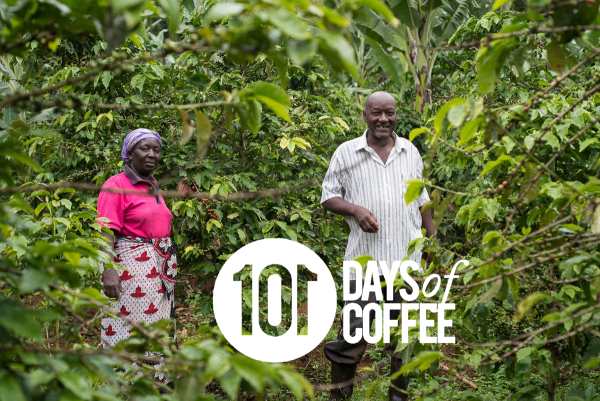 Vava says. “It shed light on the coffee industry, its challenges, and its beauty – including the struggles experienced by the small-holder coffee farmer, the barriers that prevent empowerment for women in coffee, and the movements and innovations that are starting to shift the Kenyan coffee industry toward a brighter future.”

And is the situation unique to coffee farmers in Kenya? Unfortunately not, says Vava.

“Most of the issues suffered by producers in Kenya are also relevant in other producing countries, when we touch on issues such as climate change, labour shortages as well as a lack of skills and training. Other than climate, other common issues may be disease and infestation, market forces, and a lack of infrastructure and investment. Of course there are country-specific issues such as specific policies governing trade, amongst others.”

It seems like there are lots of barriers. So what’s the biggest difficulty faced by Vava Coffee?

“The most challenging would be access to the monetary resources we need as an organization, to impact all the small holder coffee farmers in Kenya we envision we can work with – to help improve both their coffee quality and provide access to markets that can pay them the prices that can provide a sustainable livelihood.” 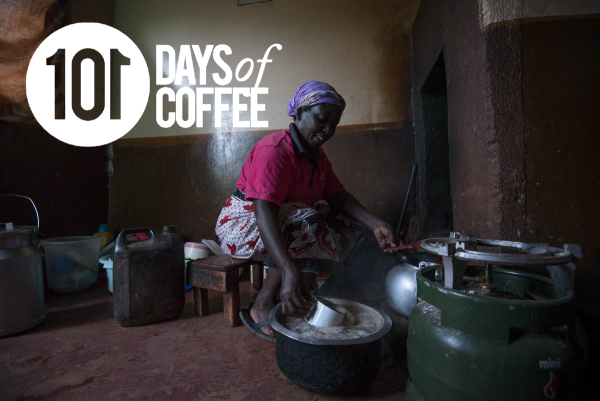 Despite the many challenges, Vava Coffee is seeing positive results, such as that 50% increase we mentioned at that start. It’s admirable work. So is there anything coffee drinkers can do to help?

Of course there is.

“It is often tough as a consumer,” says Vava. “There is lots of information out there, some that may not be accurate as regards sourcing and certifications.” But she says that a little research can go a long way. “Purchase ethically sourced coffees, especially those that emphasize on direct trade – and to try learn more on producing countries and the actual plight of the coffee producers. That way, consumers can appreciate directly sourced coffees more and make more ethical choices while purchasing.”

In a nutshell, think before you drink.