Confession time: How often do you clean your espresso machine? And do you know what happens if you don´t?  Coffee Universe writer Emma Christie delves into the dingy depths of her old espresso machine to find out why cleaning is a vital part of the coffee-making process. 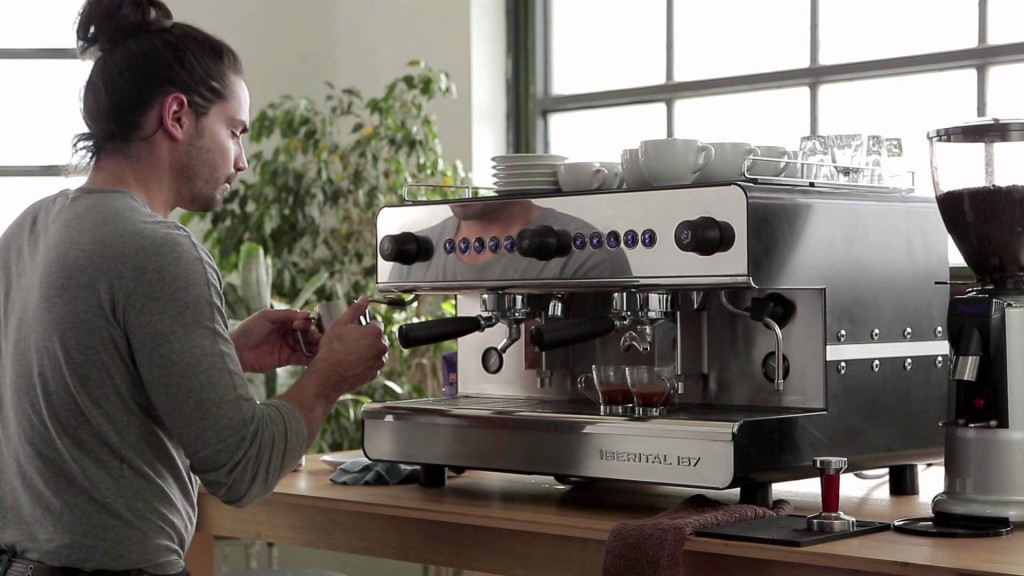 Picture the scene. You´re at a friend´s house, admiring their beautiful shiny coffee machine and feeling your mouth water as they pull you a seemingly perfect espresso.  The crema starts to rise and your buddy-come-barista turns to you, asks what you take with your coffee.

You smile, expecting an offer of milk, maybe sugar, perhaps a sneaky shake of cinnamon.

Instead, she offers you a shot of slippery black scum from filthy water tubes, a dash of rancid coffee oil and a sprinkle of old burnt beans and dried-up milk. Smile fades, order cancelled.

Welcome to the world of dirty espresso machines. 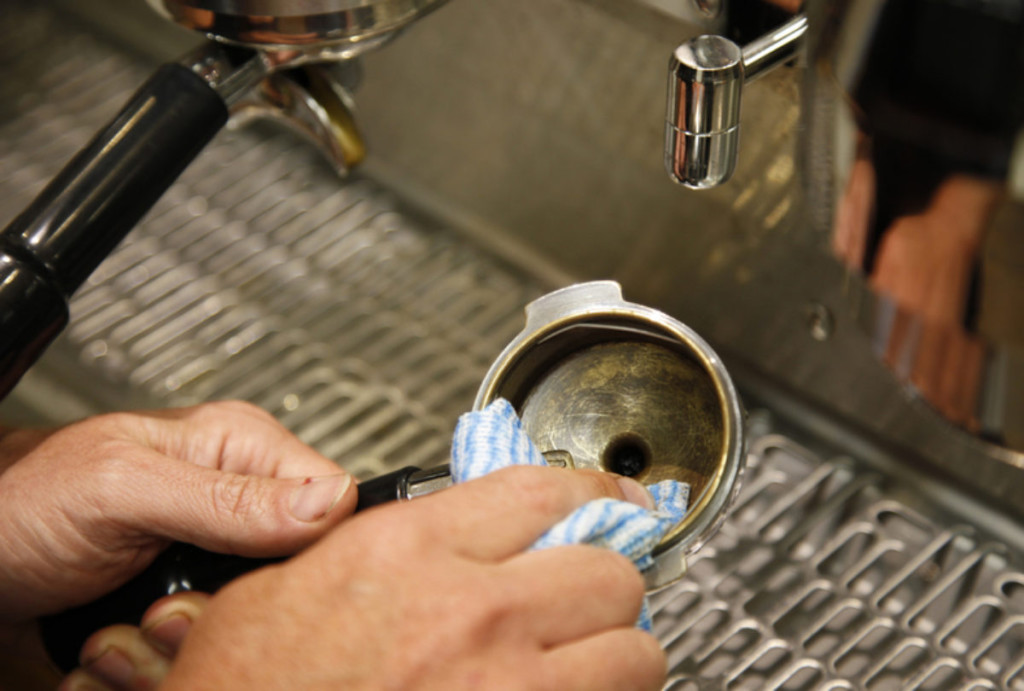 Confession: I´ve never given my machine an in-depth clean – and guess what? It´s filthy inside. The outside is shiny as ever, reflecting my face in its sleek body as I lean in for a closer look at the scum inside the water tubes and the thick black residue that clings to many of the hidden metal parts, sticky and repulsive as plaque on unbrushed teeth. I´m not sure what it is or why it´s there, but my guess is that none of this black stuff is good for the flavour of my coffee.

But before I roll up my sleeves and start scrubbing, it´s time for some research.

First up, let´s identify the enemy. This is no ordinary dirt. It´s a build-up of the essential oils released by coffee beans. Much of the oil transforms into crema when you´re pulling your shots, but inevitably some is left behind – and these leftover oils are bad news if they´re not removed on a regular basis. 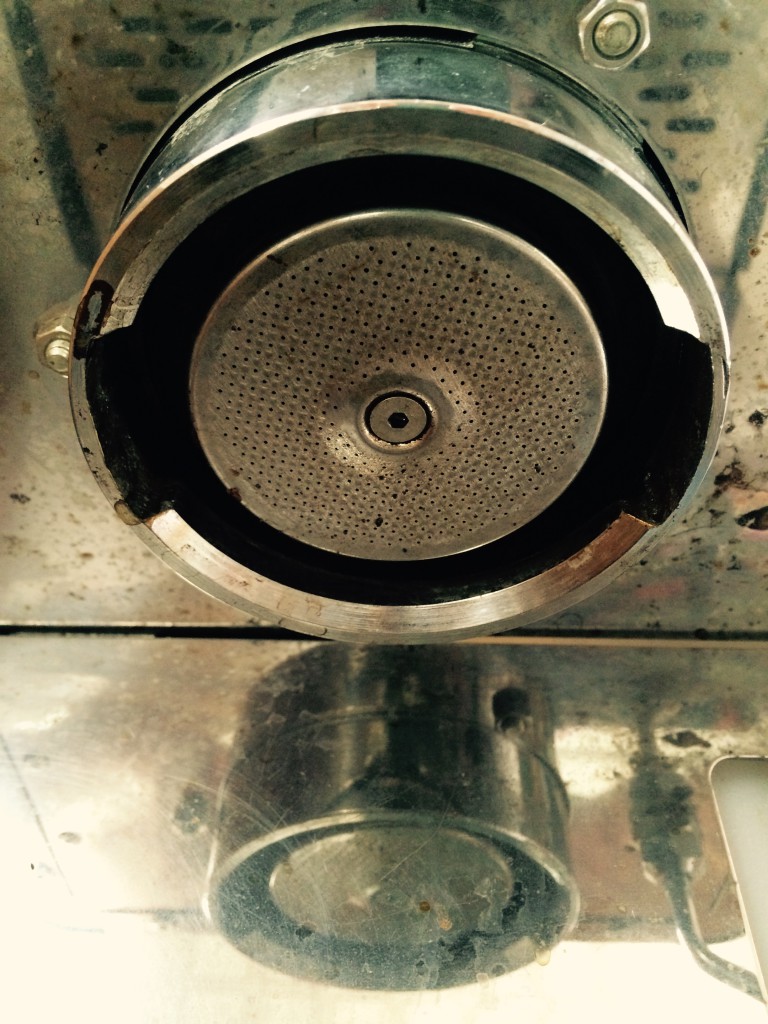 Why? To start with, they create a film that clogs up the fine holes on the filter basket, reducing the efficiency of your machine. As if that´s not bad enough, the flavour of your newly-pulled espresso could be tainted with that rancid residue from coffees made weeks or months ago.

The bottom line is that every time you make a shot of espresso some of the oil and grit is sucked back into the machine – and it´ll stay there unless you remove it. But where to start?

Before you do anything, read the instruction manual for your machine. Some manufacturers will advise against certain cleaning methods, so read before you scrub. But with the majority of modern machines you will focus your cleaning on three key areas –

1)      The portafilter – the handled, portable filter that is filled with coffee grounds

2)       The grouphead and shower screen – the key part of any espresso machine. This is where you insert the loaded portafilter and where the pressurized water is released

Take a look online and you´ll find all kinds of products for maintaining your espresso machine –detergents and de-scalers and angled brushes and tube cleaners and replacement gaskets. 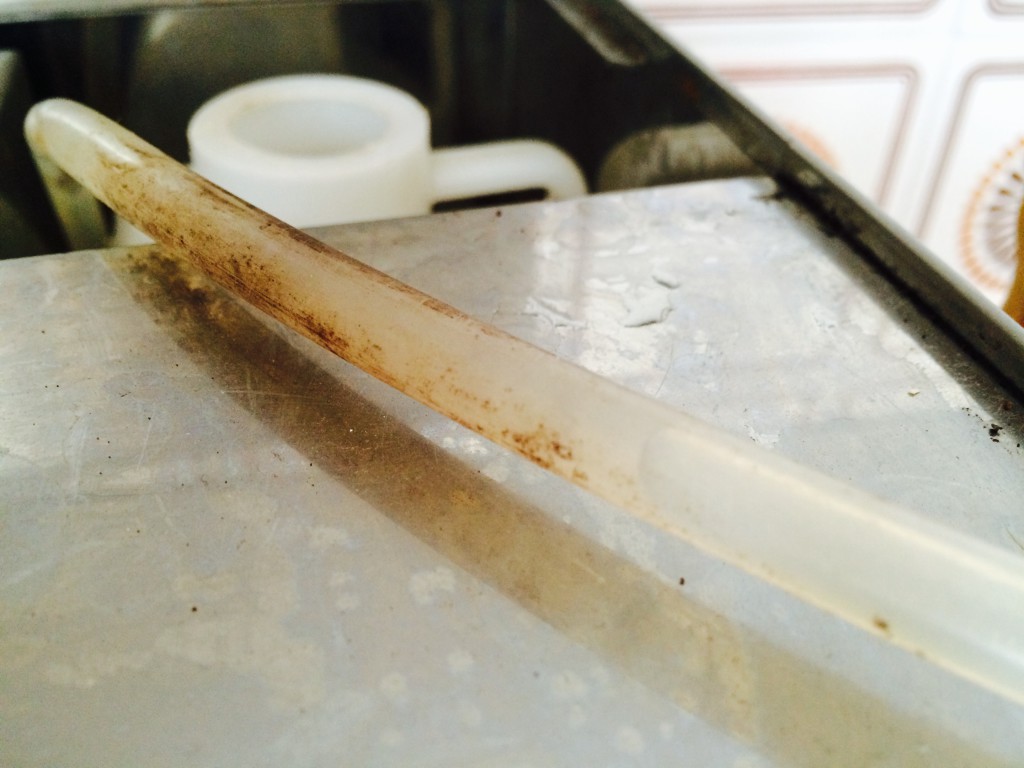 Basically the external parts (often hidden from sight, hence the angled brushes) can be cleaned using brushes while the interior workings can usually be cleaned using a process called back-flushing. The regular portafilter basket is removed and replaced with a ´blank´ one which doesn´t have holes, then loaded with special detergent instead of coffee. The portafilter is inserted into the grouphead and the brewing process is started as normal – but the water and detergent mix moves up through the insides of the machine since there are no escape holes. In this way, the cleaning solution reaches all parts of the grouphead that are exposed to coffee.

Repeat this process a few times – with and without detergent – and hopefully the interior workings of your machine should be free from all the nasty stuff we´d never choose to have in our brew.

There are numerous videos online for further details, but it all sounds simple enough.

But now, the moment of truth – how often should you clean?

There are vastly varying opinions.

Some suggest cleaning after every single shot – rinsing the portafilter and its removable basket in the sink while you flip the switch and flush pressurised water through the grouphead. In theory this proactivity should prevent any significant build-up of oil and grit or other residue.

Others suggest that cleaning the parts every 10-15 shots is sufficient.

Ultimately it depends on how much coffee you´re making – and who you´re making it for. Experts agree that cafes and businesses selling coffee should rinse and backflush their kit several times a day to ensure their espresso shots stay as pure and clean as customers expect.

If you´re a home barista and only make a few shots a day then you can perhaps relax a little.

But how will you know if you´ve let standards slip?

The most obvious warning sign is coffee that just doesn´t taste right. If the beans and roast and machine are the same as ever but the flavour suddenly gets funky, residue could be the culprit.

Other signs are visual – take a look at the shower screen, either by craning your neck or taking a photo. If you see grime, get scrubbing. Same goes for the water tubes. Slime on the inside of the tube means slime in your grounds. Get yourself a pipe cleaner and scrape that sucker out. Another indication that your machine needs a little TLC is when water starts leaking from the rubber gasket. If it´s not kept clean and regularly replaced it will eventually rot and become brittle – and once your gasket gives, say goodbye to perfect crema as that hot, pressurized water finds a different route and shoots out between the gaps.

All this talk of espresso machine  grime and slime is a pain in the gasket, right?

Maybe – but you´ll find the same kind of dirt dilemmas with other brewing methods too.

Take the French Press, for example. Not only do you have to deal with the endlessly frustrating tasks of removing spent coffee grounds from the sink/bin/spoon/back of your hand but in order to maintain a scum-free filter you should separate and wash all the different parts – after each and every use. 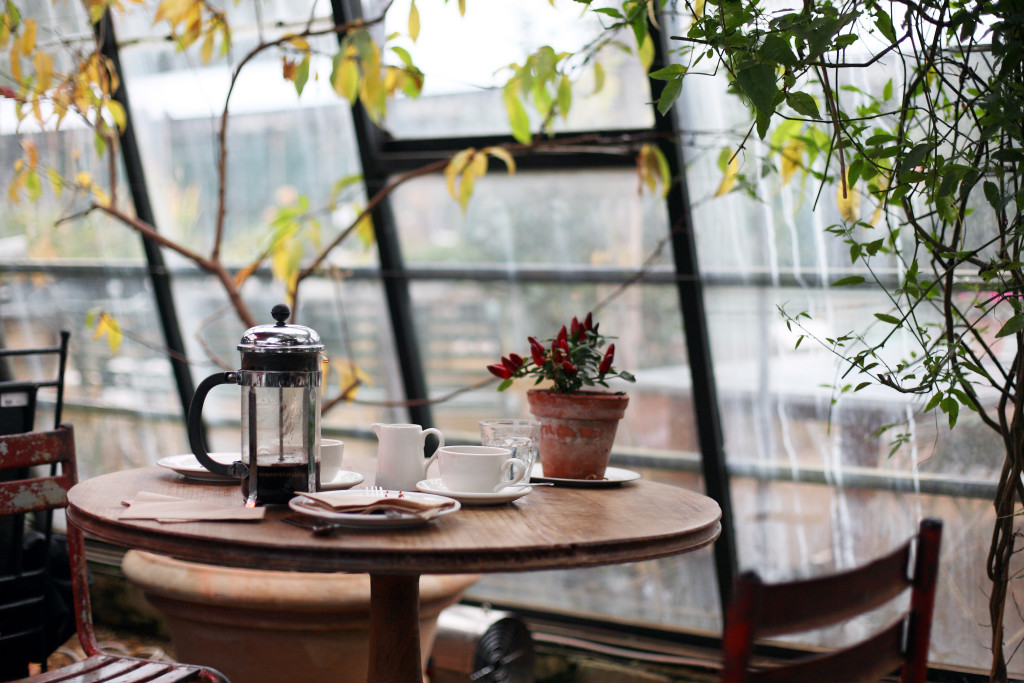 The moka pot seems like an easier option. Give it a quick rinse and the job´s a good one, right? Not quite. The key cleaning debate with moka pots is how to deal with the greasy build-up of old coffee on the inside of the pot.  Should it stay or should it go? Some say it enhances the flavour and creates a protective layer between the metallic walls and your brew – while others say it negatively impacts the flavour and potentially damages your health too. 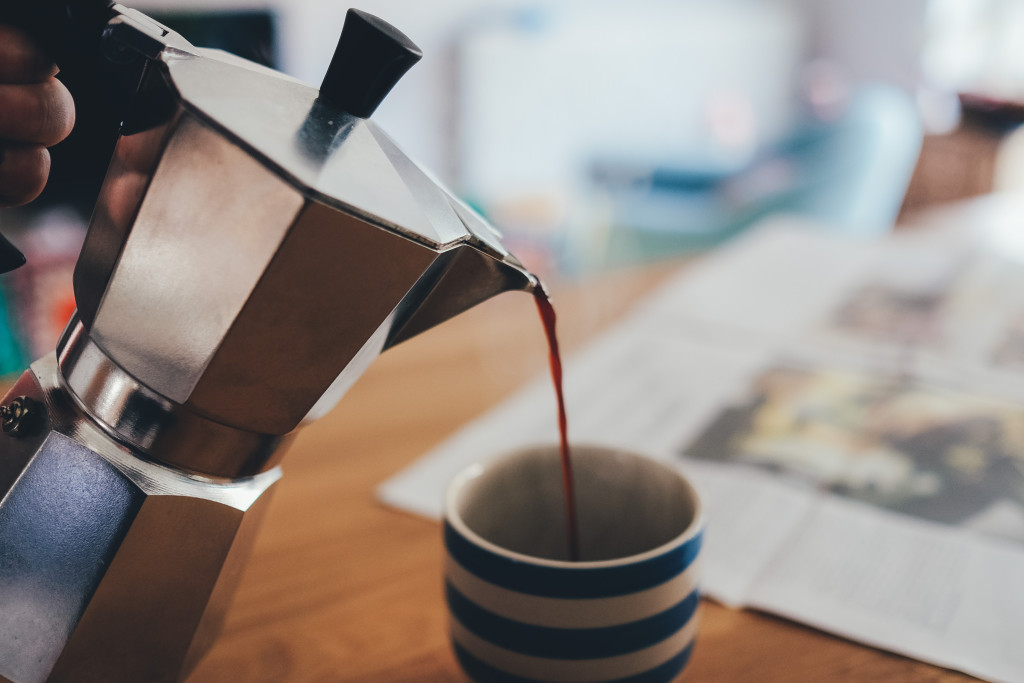 These pots are also very susceptible to rust, so unless you fancy flakes of rotting metal in your morning brew it´s highly recommended to dry these pots immediately after washing. These all-metal beasts don´t react too well to detergent or tough scrubbing in general, so get back to basics and use lemon juice or vinegar if you see limescale deposits or an excess of residue.

Oh – and keep an eye on that rubber gasket, won´t you?

The bottom line is this – no matter which brewing method you use, a clean machine makes significantly better coffee. There´s no better reward for your efforts  – so, go on, get scrubbing.