Hear that phrase and maybe you’ll think of the iconic sights of the city – Gaudi’s Sagrada Familia, the spectacular Hospital de la Santa Creu i Sant Pau, or the stadium built atop Montjuic for the 1992 Olympics.

Or maybe you’ll think about food, feel your eyes widen and your mouth water as you read about the many Catalan chefs whose innovative creations have won them Michelin stars.

And what about drinks? The list is a long one. There’s beer, there’s wine, there’s cava. But there’s something else magical too, of course. Coffee.

The phrase ‘Handmade in Barcelona’ has taken on a new meaning thanks to Iberital, a homegrown company which has built and repaired coffee machines in the city since 1975.

Representatives from the company – which also created The Coffee Universe – travelled more than 11,000 kilometres this week to spread the word at the Food Hotel Asia trade fair, held in Singapore. 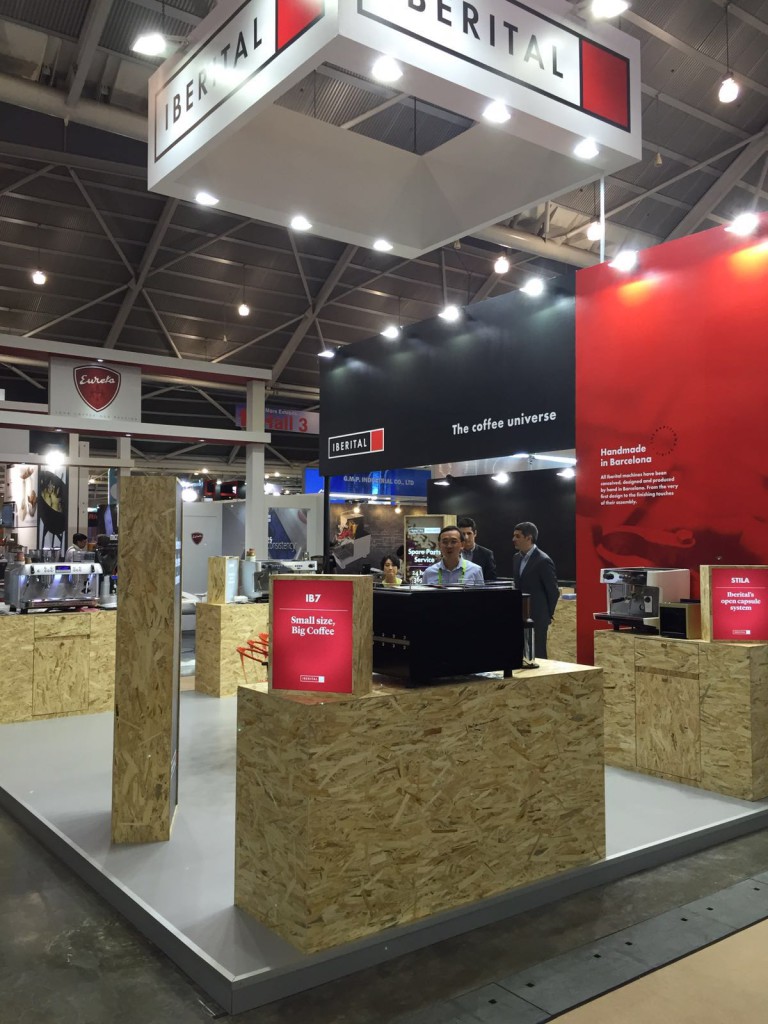 Iberital’s eye-catching stand – simple but striking in red, black and white – attracted visitors from many countries, including Vietnam, Korea, The Philippines and Bangladesh.

Company representatives proudly showed off some of the coffee machines handmade at Iberital’s impressive new headquarters which opened last year in Barcelona.

The Coffee Universe concept also proved popular, demonstrating to the world that Handmade in Barcelona is a phrase with many, many facets.