Picture yourself in a tropical forest, somewhere in deepest, darkest South America. Imagine the chirps and clicks and squeaks of unfamiliar insects and birds, the creak and cracks of tree trunks, the whisper of a warm breeze on waxy leaves, the crunch of twigs and branches under your feet with every step. 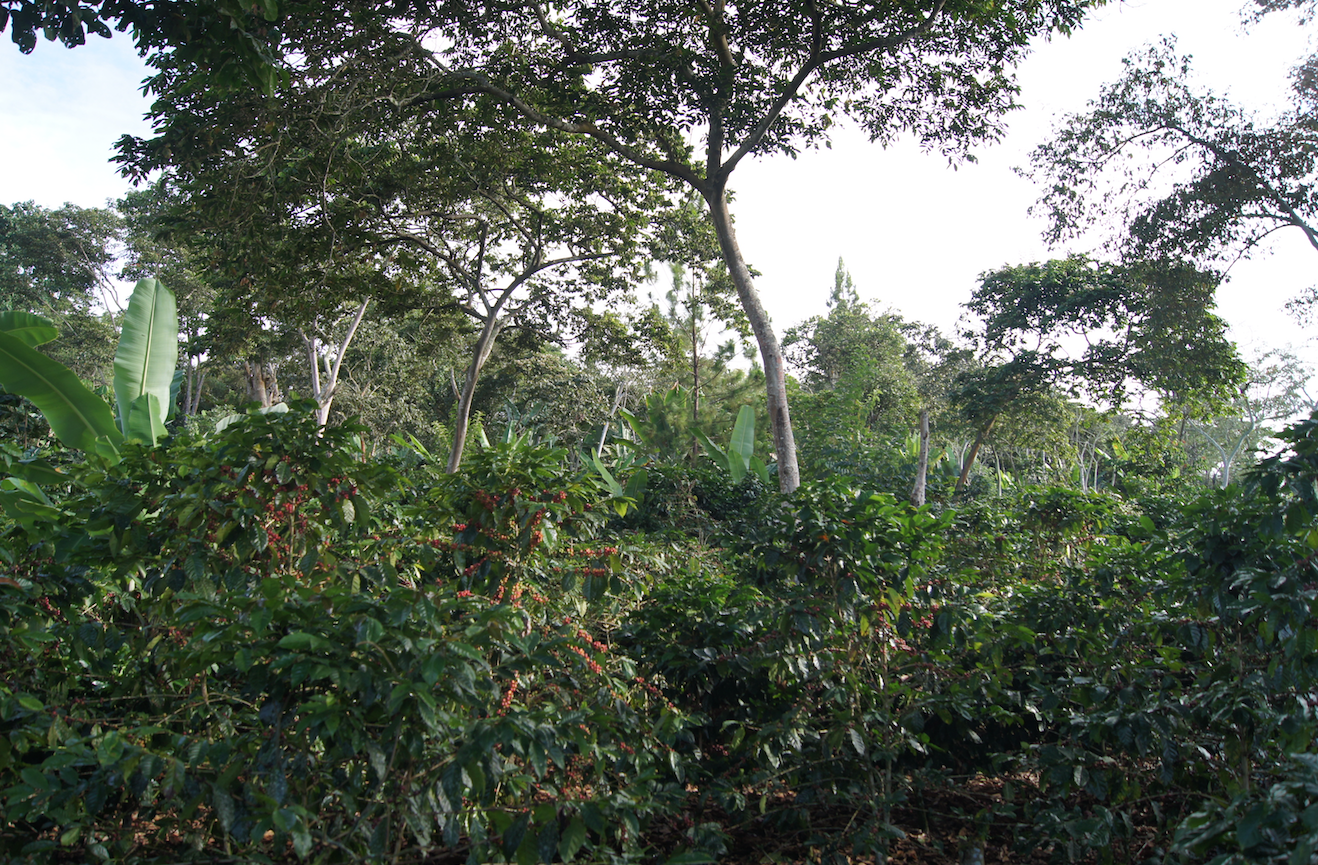 And don’t forget about your other senses; the smell of unknown plants and flowers, the cool mountain air – and the sudden thundering of your heart when you notice your path is blocked by an enormous glistening web made by an enormous, hairy spider that’s looking right at you. What should you do?

Listen to your inner child and you may well scream then turn around and run for your life.

Listen to your inner Indian Jones and you’ll barely notice it, just brush the web aside and continue.

But what happens if you listen to an organic coffee farmer?

You’ll leave the spider and its web exactly where it is. But why?

Barcelona coffee roaster Nicolas Pourailly discovered the reasons during an extended trip to South America with his girlfriend and business partner Charlotte Dourneau. The couple spent several months working in coffee co-operatives in Peru and Ecuador, learning about all aspects of coffee production, from picker to producer. In fact, it was that trip that convinced both of them to switch careers and dedicate themselves to coffee. 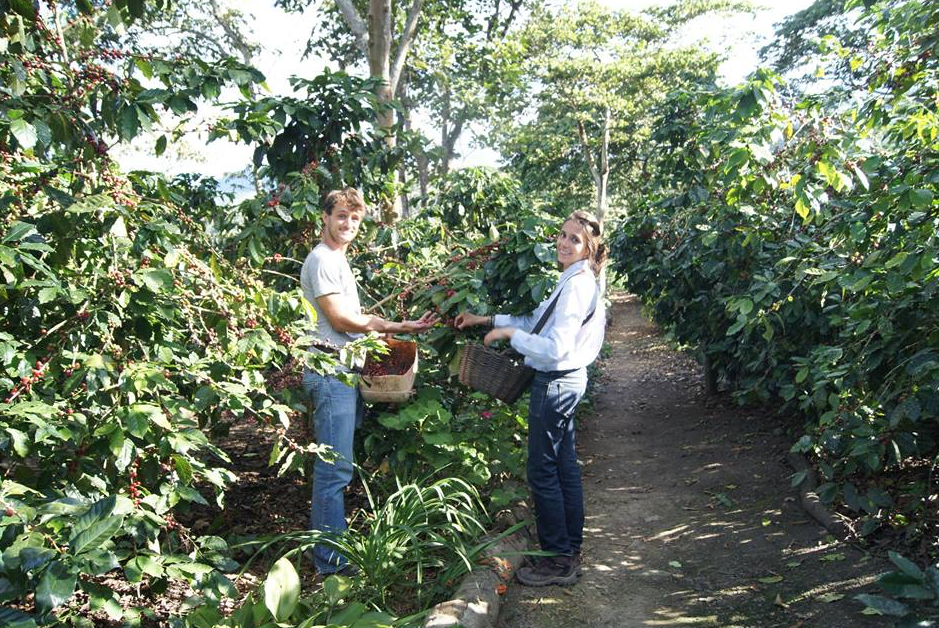 Law graduate Charlotte previously worked for a social investment fund in Paris while Nicolas was an engineer involved with various major projects across the world. Laterally he chose to focus on green building, an approach which works to minimise the negative impacts of building projects on health and the environment. The couple met while both of them were working in New York and soon afterwards they’d switched locations and decided the time had come to change their careers too. So, they created a project called Los Tostados to share their experiences.

Nicolas explains: “After lots of happenings we decided we were interested in agro-forestry, especially coffee. I discovered this new field of the economy and thought it would be great to work for a company that has such a good impact – or create one that has that impact.”

Charlotte reiterated his comments. “I realised it was really hard for me to work in a company that didn’t have that kind of philosophy and I decided, whatever I do, it will be in social business.”

The couple flew to Peru and Ecuador and spent several months working in coffee co-operatives – and were with an organic farmer in Peru when they encountered that enormous, hairy spider I mentioned earlier. Nicolas explained, “When we got to his farm it was a little bit like a jungle, with trees everywhere. The farmer told us not to kill the spiders because they were going to eat the insects that ate the coffee plants. There were huge spiders and their webs everywhere but he told us that the web helped him to control the parasite that attacked the coffee plant.” 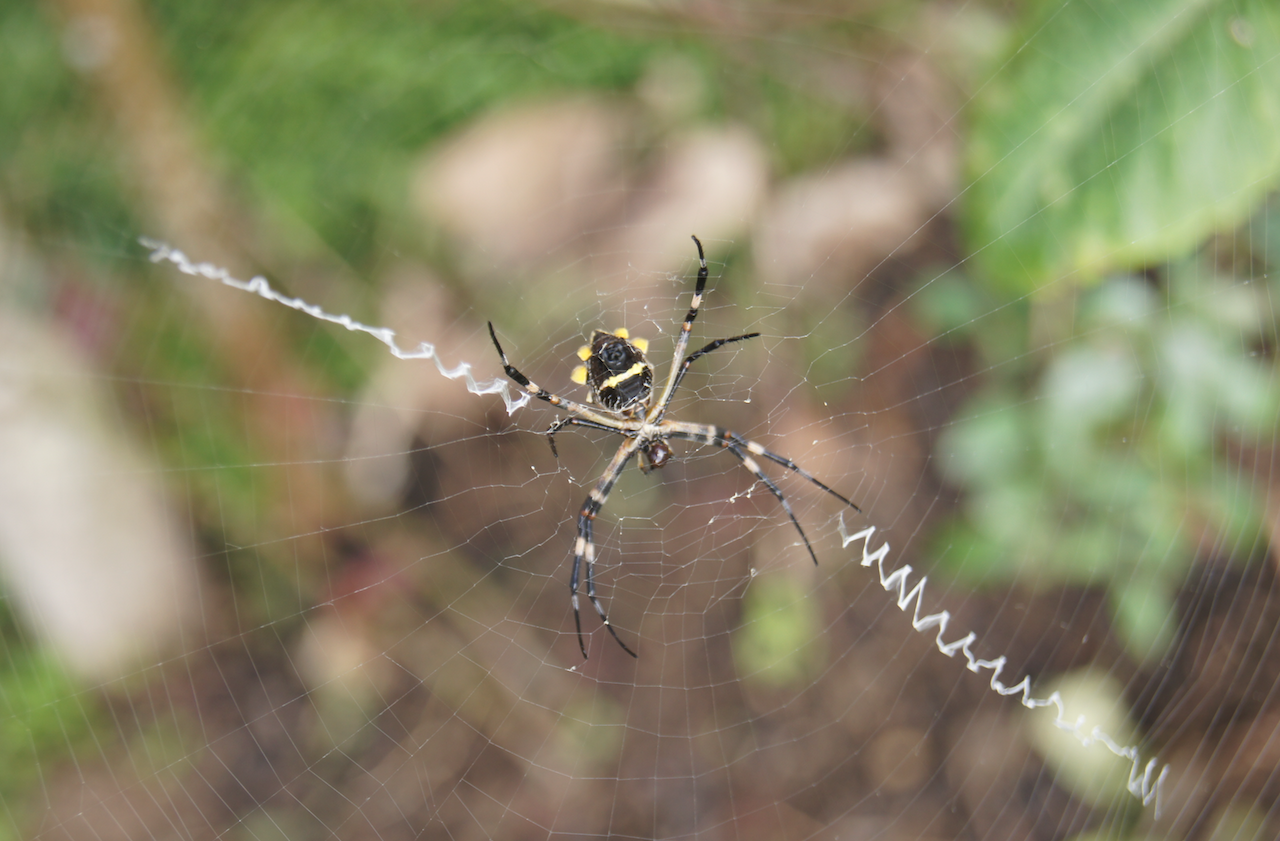 The more farms they visited, the more deeply the couple started to understand the importance of organic farming, both for the consumer and the producer. Convinced that was where their future lay, the couple connected with Esperanza Cafe, a Paris-based company which shared their philosophy. The Barcelona branch of Esperanza Cafe was launched in January this year.

Charlotte said: “We were really keen to develop a roastery and at the same time have a positive impact. There’s quality coffee in Barcelona but there’s a lack of diversity and a lack of organic products. Most roasters may have one that is organic, or that respects the principles, but none of them are completely organic or firmly committed to social activity.” 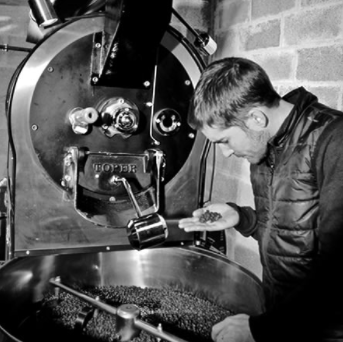 But Esperanza Cafe most definitely is. The company was started near Paris by Florent Gout but collaborates with eleven roasters across Europe. Together they buy coffee from small cooperatives in a diverse range of countries including Peru, Honduras, the Congo and Ethiopia. The group aims to establish secure, long-term relationships with one cooperative in each country – and believes this will help ensure the production of top quality coffee. See, they’re not just there for trade.

For his part, Florent runs practical workshops and education sessions when he visits the co-operatives that provide Esperanza Café with its beans. “That’s something you can’t do when you don’t have a direct trade,” explains Nicolas. “We work with eleven farms and we will always work with them. It’s important for us to have long-term relationships with producers and co-operatives. They know that next year we’ll work with them again and that we’ll do all we can to get the best coffee that we can.” 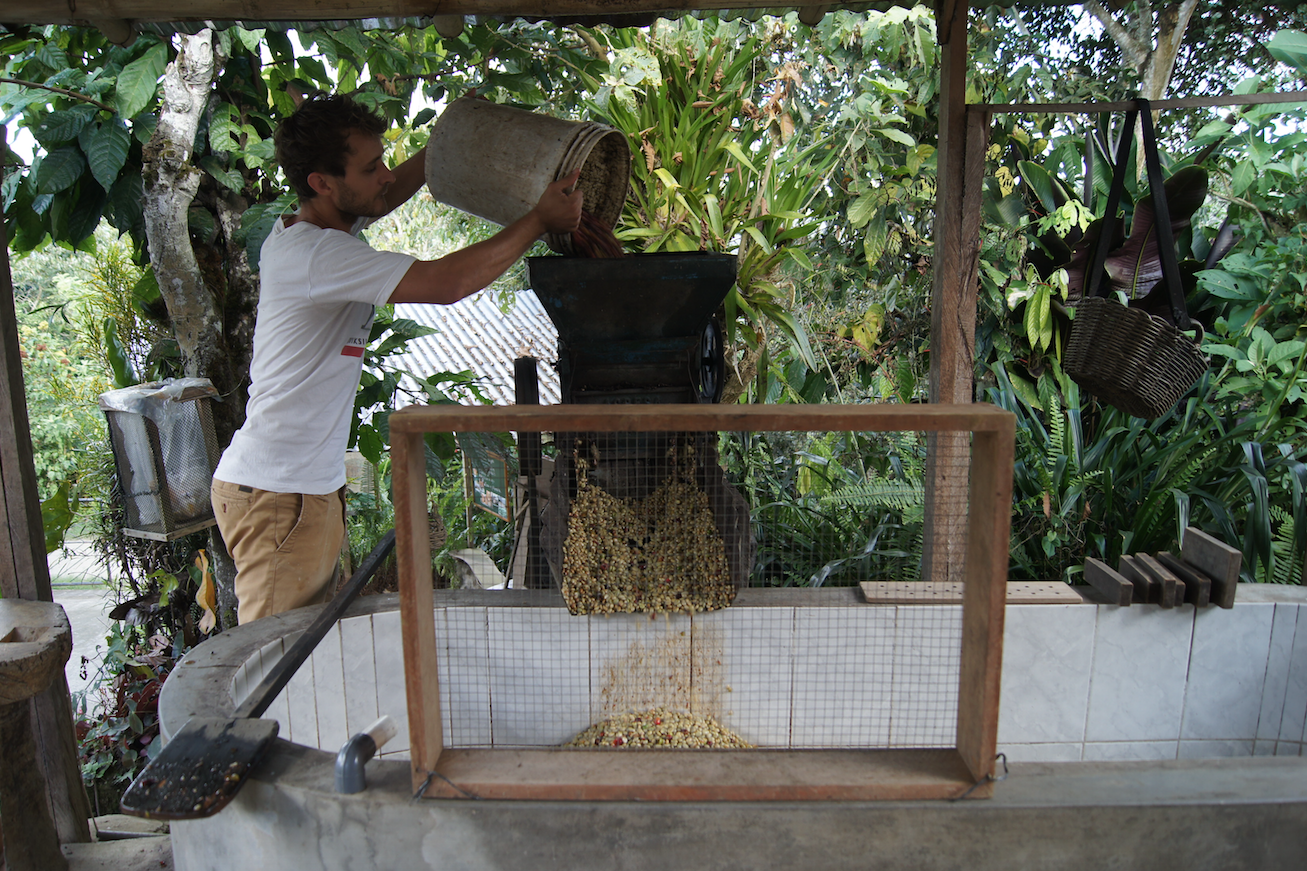 But organic farming does present a whole range of challenges.

Nicolas explained that the “transition period” is a major stumbling block for many farmers who wish to make the change from chemical fertilisers to organic farming methods. He explained that many farms suffer a period of low production as the soil and plants adjust to the change. Esperanza Cafe is looking at ways producers can be financially supported during this transition but insists that the switch to organic is worth the struggle.

Nicolas said: “It creates sustainable production and in addition, they’re not paying for chemicals and not harming themselves and their family using chemicals. One farmer told us that when he used chemicals he had five species of bird. Since he switched to organic farming 40 species of bird have been recorded on the same patch of land. He rebuilt the eco system. It’s really simple.”

But it’s not just financial challenges they face.

Nicolas explained that there’s a real need for technical support and education as farmers learn new methods. For example, he said many farmers don’t fully appreciate the impact that defective beans or flawed drying processes can have on the final flavour of the coffee produced. “They have no idea how their coffee tastes,” he said. “The good coffee is exported. What they drink at home is what they’ve roasted themselves and often has defects.” 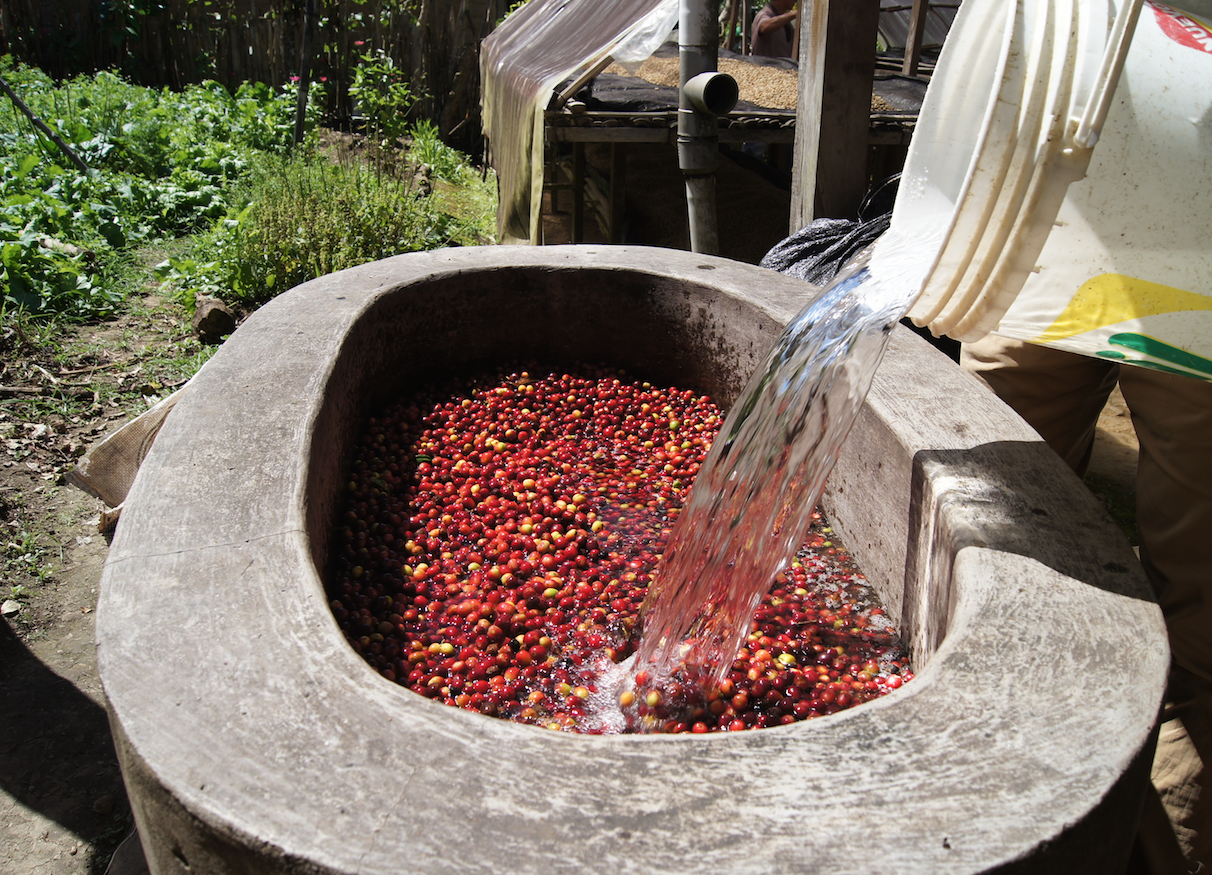 In addition, he said many producers are in the industry not through choice but because they inherited the farm and business from their family – and continue to farm the same way they’ve always farmed.

But with the education, training, and improved trading prices provided by companies like Esperanza Cafe, farmers are starting to see the numerous benefits not only for consumers but for themselves.

Nicolas explained: “We were working with a producer who said his life was ruined by using chemicals on his farm. He said that using chemicals made his farm have amazing results one year and then it would be divided by three the next. It was killing his soil – but he was imprisoned by the use of chemicals. He had to use more and more every year but finally one day he said, no more. He decided to stop using them. It was a really difficult time because it took five years to bring his land back to production so he could make a living for himself and his family.”

But was there a happy ending? Yes. In this case, the soil not only recovered, but became even better than it was before. “Once he got it back, production started to increase, year on year,” said Nicolas.

Combine higher yield with Esperanza Cafe’s higher payment per pound of coffee and it seems like a win-win situation for these farms and their workers – so long as they’re dedicated to farming organically and prepared to face the challenges that switch presents.

But is it a win-win situation for the consumer too? Anybody who has ever bought organic coffee knows it’s more expensive than regular coffee – but Charlotte says Esperanza Café tries to find a fair balance. “It’s hard combining high quality and organic,” she said. “Organic coffee is really something special. We can’t do really cheap because of our commitments but we don’t want to exaggerate. Our philosophy is that we want to produce great coffee which has a good impact on producers and on the environment and is affordable for everyone.” 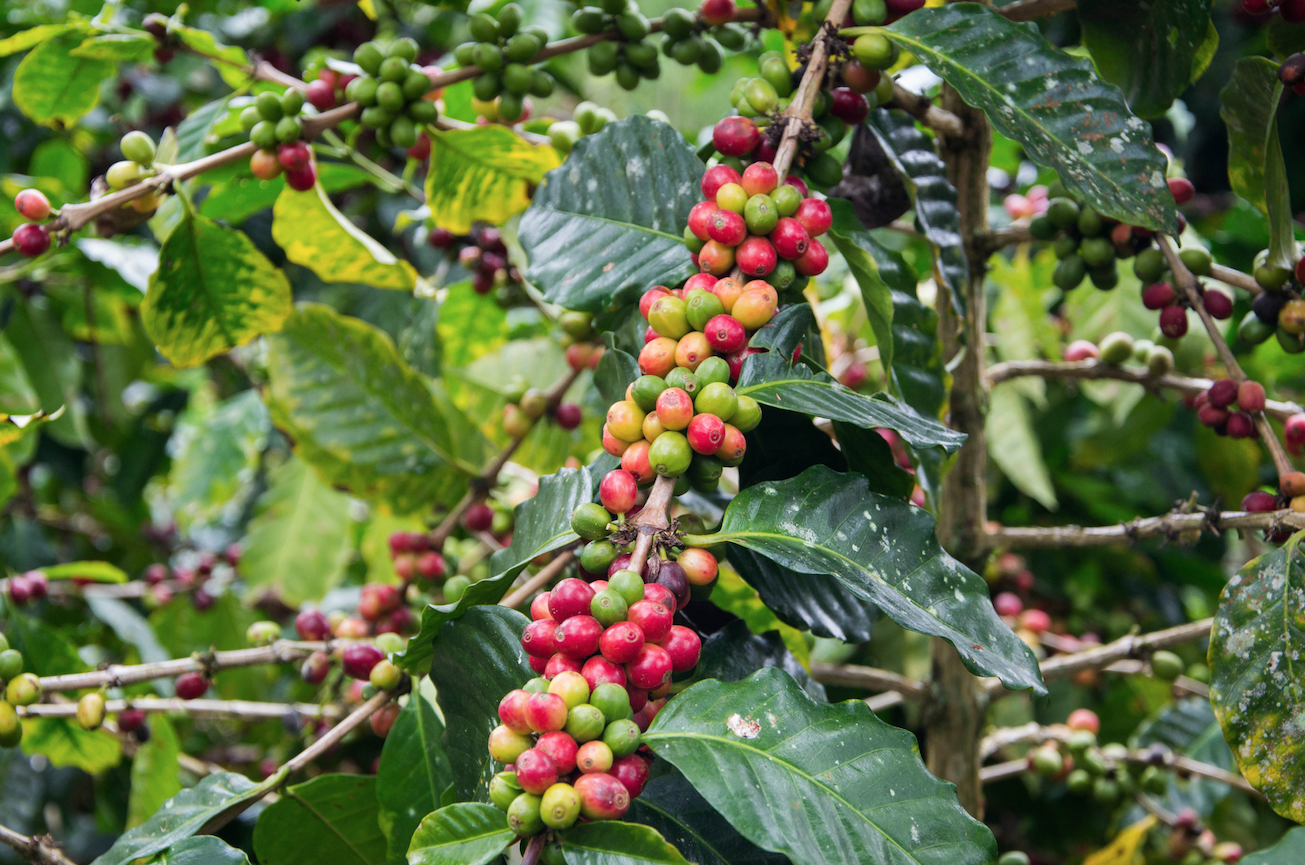 Coffee that’s good for the farmer, the consumer and the planet sounds good to me – and perfectly fitting for a company called Esperanza; the Spanish word for hope.

See www.esperanzacafe.com and www.lostostados.com for more information and contact details.

All pictures are from Esperanza Café and Los Tostados.