My old newspaper editor always said there’s no such thing as a stupid question; that in the end a journalist usually ends up looking stupid for questions they haven’t asked, rather than ones they have. He also said that if you’re frightened to ask something, chances are other people are frightened to ask it too – and that’s precisely why I needed to muster all my journalistic courage and spit it right out.

I have a question.

If the coffee universe is currently in the midst of its Third Wave, what and when were the first and second wave? Will there be a fourth and fifth? And what factors mark the start and end of each wave? 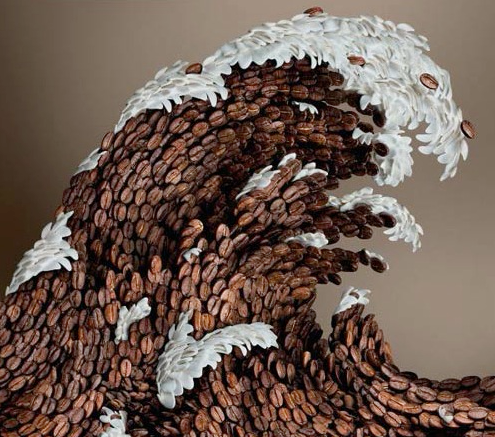 Coffee has been roasted and ground and brewed and drunk and enjoyed for hundreds of years. The first hipsters, complete with funky little beards, were, in fact, 9th-century Ethiopian goats with a fondness for coffee cherries. It took a few hundred years for humans to take the goats seriously but by the 15th or 16th centuries coffee was established as a popular drink in many parts of the world, spreading to Europe from the exotic east. Coffee houses were meeting places for intellectuals, writers and politicians – and its cultivation and distribution grew as European powers colonised the Americas and other coffee-growing countries. So, could this be considered the first wave of coffee?

Perhaps, but the First Wave generally refers to a surge in coffee drinking that occurred in the 19th century. But why did it happen? There are numerous reasons but a key factor was a totally new invention which allowed roasted coffee beans to be stored for longer without losing flavour.

The ability to store beans in an air-tight container transformed the way coffee could be bought, sold and marketed. Beans could travel thousands of miles across the planet then be stored for months without going stale. Another revolutionary coffee invention emerged around the same time – instant granules. Love them or hate them, they changed the world. Coffee became accessible to the masses.

Now let’s put these developments in context. What else was happening around the year 1900?

Triggered by the industrial revolution of 1750, it was a time of rapid change and growth and prosperity. This was an age when World Fairs were first established to showcase new developments and achievements in industry and in art. It marked the launch of the modern Olympic Games. It was a time when new innovations and technology paved the way for a faster-paced life in the western world. Many of these advances were funded by economic gains made in extensive colonies in Asia, Africa and the Americas. Coffee came from the colonies too, of course – and once those blessed beans started arriving to shops and homes inside little air-tight vacuum packs or in the form of instant granules, the First Wave rolled into existence. Mass coffee consumption transformed mornings worldwide.

Fast forward a few years and everyone is drinking coffee – at home and in diners and at work, including soldiers in the trenches of the world wars. Coffee was now an essential part of everyday life.

So what happened next?

Yes, everybody was drinking coffee – but most of it wasn’t very good. At some point in the 1960s discerning coffee consumers started demanding more information about the origins of their drink. They wanted to know where it had come from and how it had been roasted. They also realised that coffee could be prepared in a multitude of ways and these coffee pioneers could be heard muttering unfamiliar, foreign-sounding words such as espresso, cappuccino and latte. Then in 1971, a coffee roaster in Seattle opened a dedicated speciality coffee shop, modelled on Italian espresso bars. 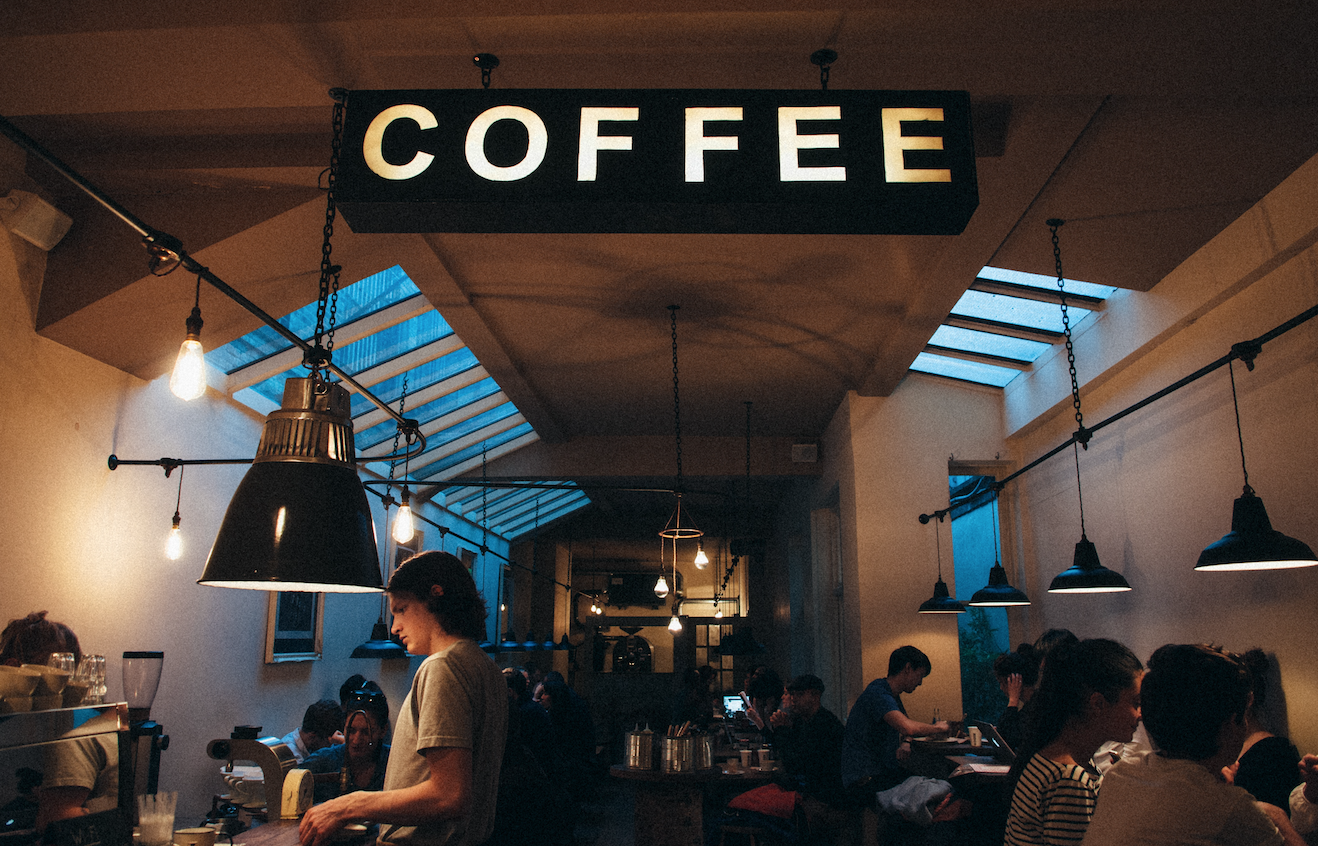 Pic by Jordan Sanchez on Unsplash

Just like that, the Second Wave of coffee was alive and kicking – and buzzing with the aroma of Arabica beans. Good coffee was no longer a matter of chance. It became a matter of choice. The years that followed witnessed the development of a coffee shop scene in towns and cities across the world. Two or three commercial brands dominated the market, each offering consumers a range of espresso-based drinks that would be identical whether you ordered them in New York or London or Sydney.

The Second Wave was like a half-way house. People started caring about the beans and the roast and the preparation but relied on massively commercial coffee companies to provide the range of choices.

It was definitely a step up from the instant granules and anonymous beans that dominated the first wave of coffee, but the coffee pioneers were not satisfied. They wanted more detail and more choices and started comparing coffee to other highly-valued artisanal products such as cheese or wine.

Wine isn’t just cold liquid with alcohol and coffee isn’t just hot liquid with caffeine. Glance at the label of a wine bottle and you’ll find out a plethora of details including the grape variety, the location of the vines and the name of the producer. You know when it was produced and by what method. Visit any wine shop or supermarket and you can choose between literally hundreds of bottles to find one that perfectly matches your taste and menu choice.

Could coffee drinkers ever be offered the same choice?

Yes they can, said the coffee pioneers – and the Third Wave rolled into view.

From the outside it can look like a pretentious movement dominated by bearded hipsters who sip black coffee from small glasses and use a bewildering language that’s punctuated with unfamiliar words and phrases. It can be intimidating at times. More than once I’ve felt insufficiently cool as I ordered coffee from an effortlessly stylish barista. But look beyond the super-slick image and you might just see that the Third Wave of coffee is moved by something that’s actually incredibly simple.

The bland branding of coffee house giants no longer dominates. Customers are drawn towards the small, independent coffee shops which have embraced the Third Wave revolution; places where the different stages of coffee production are acknowledged and respected. We know precisely how and where the coffee plants were grown and most likely we know the coffee workers were fairly paid; we know who roasted the beans, and when. The coffee will be precisely ground to match the brewing method that brings out the best qualities of each particular bean. Sugar should be unnecessary and milk, when added, will enhance the overall flavour and not simply cool down steaming hot liquid.

In simple terms, the Third Wave is all about good coffee, made well.

Okay, one final query – what happens next? Will be there a Fourth Wave and what would it involve? 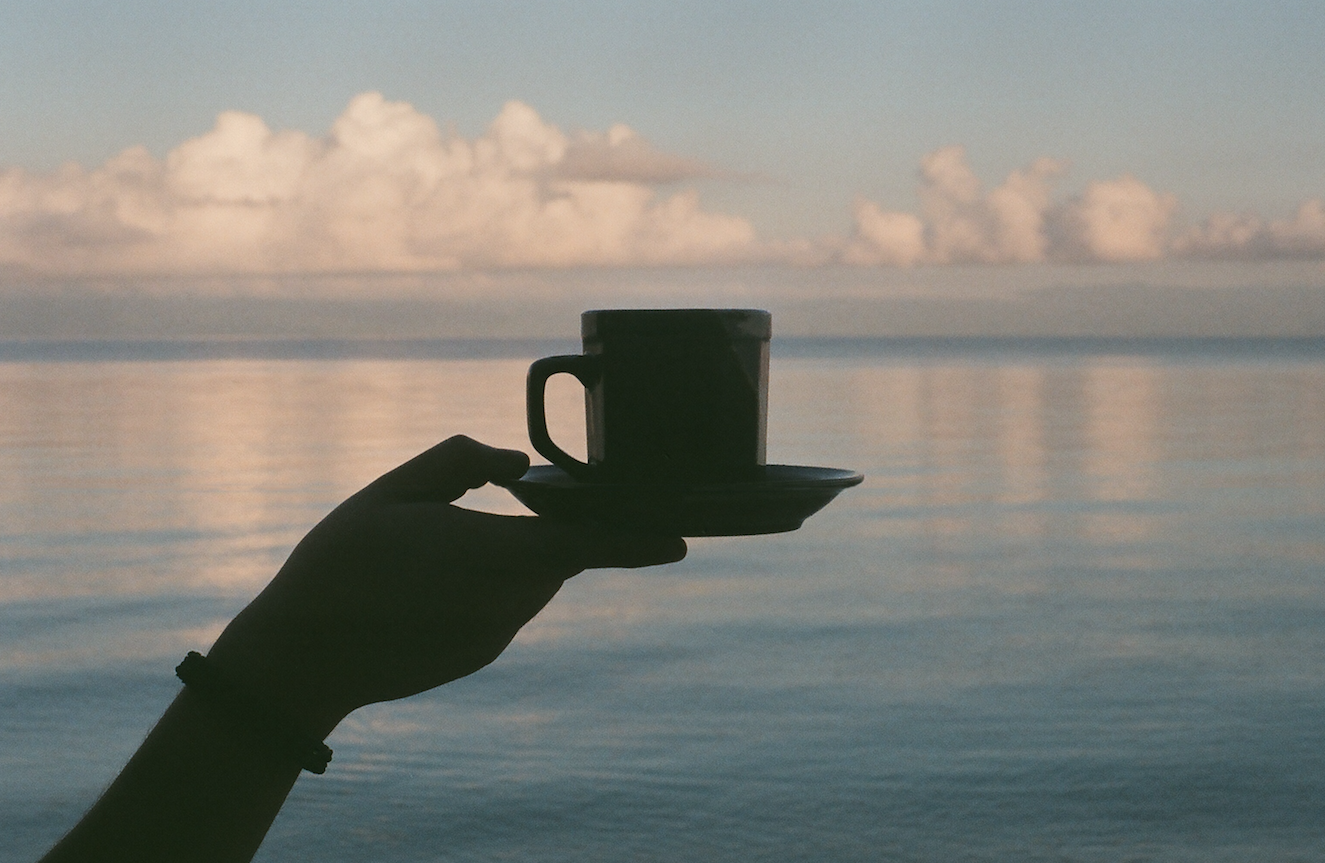 Pic by Quincy Alivio on Unsplash

They claim the Fourth Wave is marked by the gradual move away from machines and towards slower brewing methods which bring out the subtleties of flavour – and the acknowledgment of barista work as a reputable art form. The Fourth Wave is also defined by a deeper focus on farming methods.

Maybe, but you know what? I don’t mind.

The Third Wave has shown the world that coffee is complex; that locked inside each bean is a dazzling spectrum of flavours and aromas. Pretentious or otherwise, I’m a fan of the flavours.

So if there’s a Fourth Wave on its way, I’m ready to roll.