Close your eyes and think of your favourite coffee shop. Got it?

Probably the first thing you imagine is the way it looks – mine has ragged bean sacks nailed to the walls and little wooden chairs that don’t match the tables. It has a window seat with scruffy red cushions and a blackboard on one wall with diagrams explaining all the ways coffee can be prepared.

But let’s forget about what you see. Try focussing on the other senses and immerse yourself fully in the experience – all the things you hear and smell and taste and touch, and the sensations they trigger.

You’re not the only one.

This idea of opening all five senses to the coffee shop experience inspired one Barcelona-based artist to create a unique event to help people connect with the world around them – and with themselves. 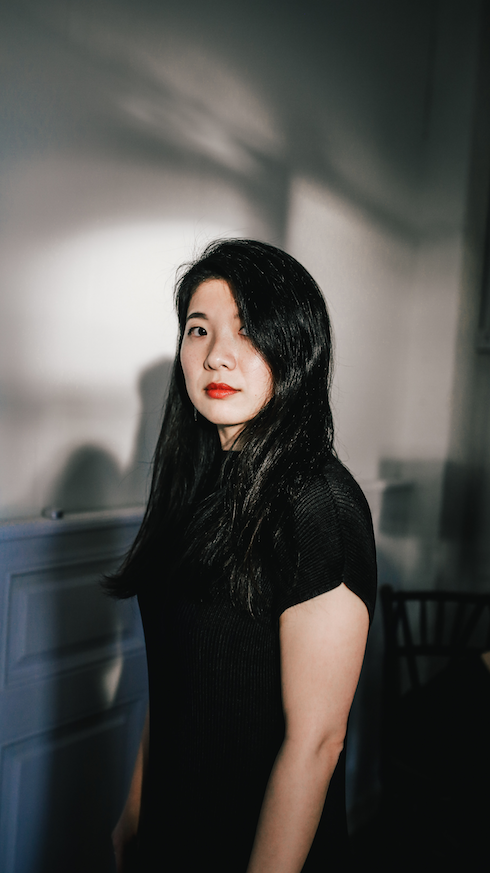 Soon Cho is a young artist with a diverse range of talents which includes sculpture, illustrating, painting and creating light installations. The 33-year-old has lived in Toronto, Canada, for many years but is currently based in Barcelona while she studies a Master’s Degree in Design Management. Last autumn she challenged herself to create an event for a company which would “give a sensory experience” to their potential clients. Six months later, The Secret Coffee Lab was born. 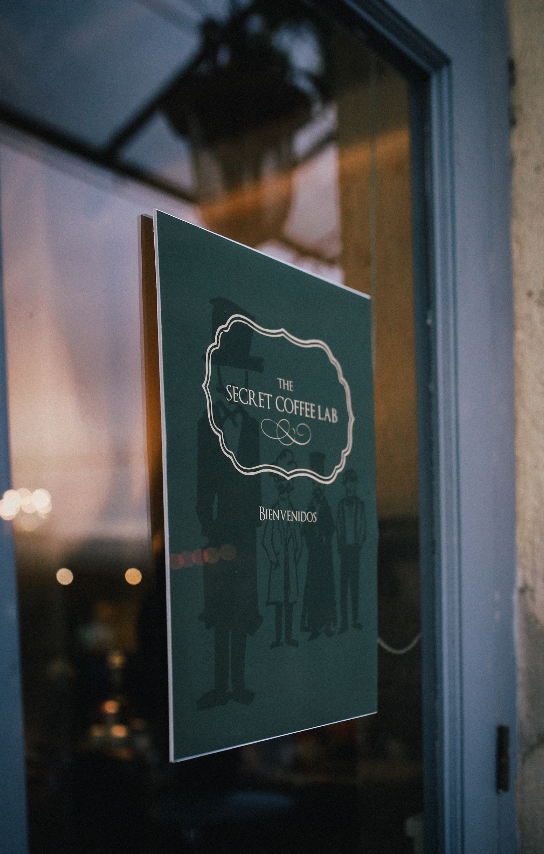 The 33-year-old explained the background to her project.

“I was a bit fed up with technology and high-tech stuff, not because I don’t like using them but because I was very addicted to them,” she said. In addition, she was attending many social events but admits she often felt awkward and uncomfortable in that kind of environment. “I thought – why don’t I try creating an event where people won’t feel awkward? And I was so frustrated with all the high-tech stuff that I wanted to give a sensorial experience and connect with the five senses. The point was not to stop technology. I’m not rebelling against it, but I wanted people to be aware that they still have these senses and they should use them. I wanted to tell people – don’t forget there’s a whole other part of you.”

So what’s the coffee connection? 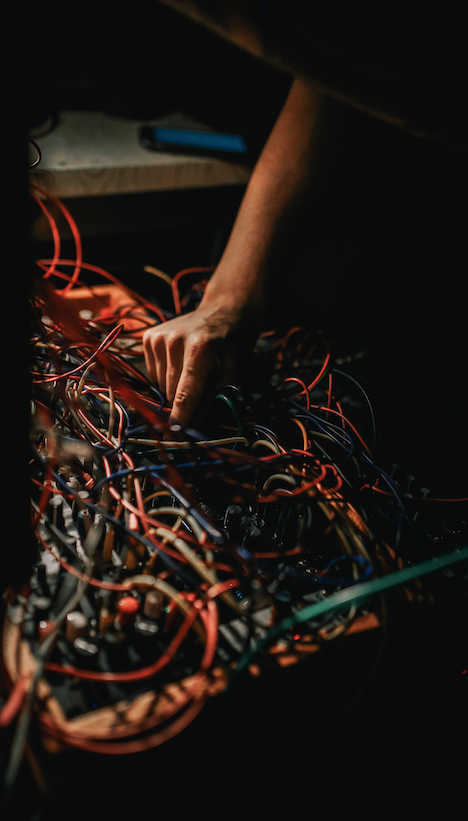 “One of my fantasies was to amplify the sounds of a coffee shop,” says Soon Cho. “I go to coffee shops a lot, and not just to drink coffee. I can spend three or four hours there. I’m a tea drinker, but I like all the things going on – people chatting, coffee machine noises, the smell of coffee, the background music. All the ambience. So I thought – why don’t I amplify that? It could wake people up because it’s like white noise, background noise, but I could make that the main thing. That was the first step, and I really wanted to make it happen.”

The next step was recruiting people to help turn her idea into a reality. Soon Cho talked with baristas from her favourite coffee shops to see if they’d be interested in contributing – and little by little she formed a team which also included two music producers, various performers with specific roles to act out on the night – and a DJ from Ibiza. Spain’s most famous party island.

“I didn’t think of getting him involved but he said, why don’t we make music? It could be like an orchestra. The coffee could be the instrument and the baristas could be musicians.” 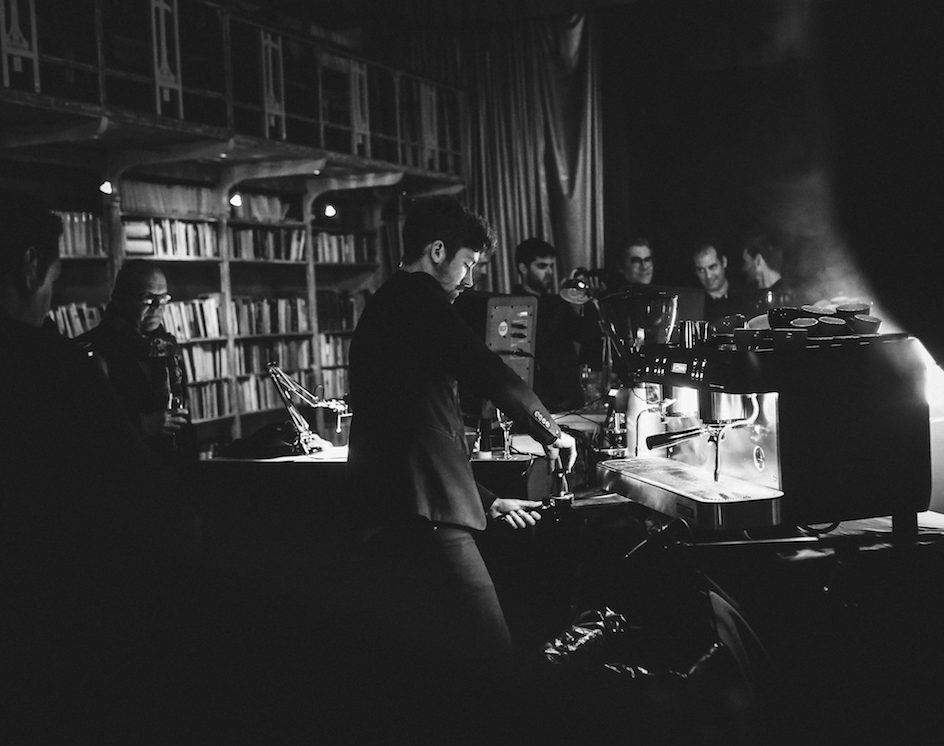 All that remained was finding a sponsor – and Soon Cho was delighted when Barcelona-based espresso machine manufacturer Iberital decided to back the project, and to provide the espresso machines used at the event. “They were convinced right away,” she said. “From the very first day, Sandra Pérez, Iberital’s marketing Manager, and I really clicked, we understood the project in the same way and that’s how everything happened”. They were very, very supportive.”

Iberital, espresso coffee machines manufacturer located in Barcelona and in more than 100 countries around the world, is currently growing within the coffee sector. They have managed to get close to the barista world, understand their needs and be able to offer them the entire sensory world that is necessary for the specialty coffee sector.

The project quickly started to take shape and six months after the original idea, The Secret Coffee Lab was brought to life in Sant Cugat, near Barcelona. All eighty guests were related to the speciality coffee industry – baristas, coffee shop owners, roasters – and all had connections to Barcelona.

“I wanted to create an exclusive event where I invited people because I wanted people to feel they were special. I didn’t want it to be crowded with people. The point was not creating an event – it was creating an experience,” she said. “The theme was mystery, secretive, magical, like Alice in Wonderland or Harry Potter. Basically, I wanted people to be in a place that seemed like a dream, not real life. I talked to many coffee people because of this project and they work really hard and they have a routine life. They also enjoy it, but because of this routine and hard work I wanted to take them away from that reality and make them feel like they were dreaming.” 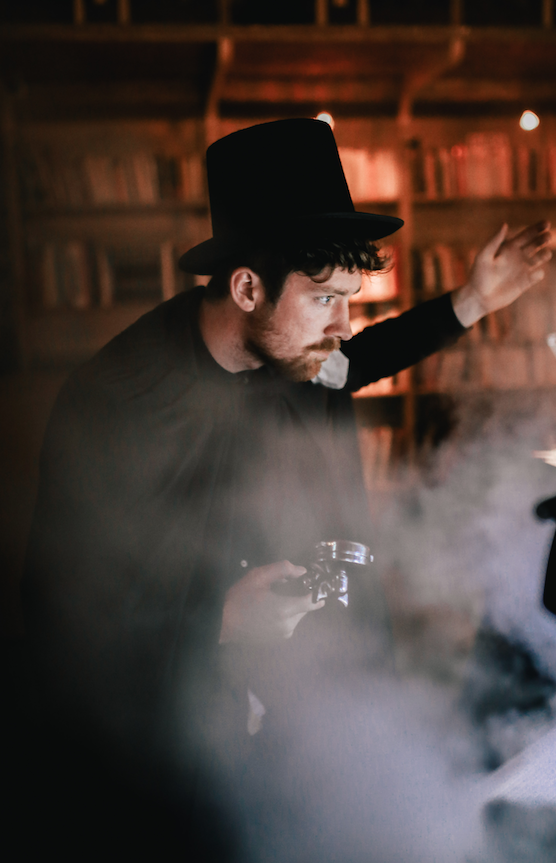 Part of the experience for guests was interaction with various actors. “When people came to the door the performers would remain silent and they would only use gestures. By doing that, the senses are more open and guests were more curious about what was going on. When they went inside there was a scientist in a kind of coffee laboratory and there was the coffee grinder who had a lot of soil, made of ground coffee, with flowers growing out of it. It’s kind of symbolic, that coffee produces life.”

But the music – the coffee shop orchestra – was the focal point of the night.

“It was a live performance, but of course we had rehearsed. The music producer made a background and on top of that the baristas added the coffee sounds, like a melody. It was a challenge. I had three or four baristas drop out because it was a new idea for them and they didn’t know what to expect. Also they have a busy schedule and it wasn’t paid. They had to really believe in it,” said Soon Cho.

In the end two baristas, Sergi Egea and Brodie Vissers took on the challenge and held their cool on the night. “Thanks to them it was great. The music producers and the DJ did their best to make it easy for the baristas to perform. It was the main thing. It was performance art. The other elements were details that added to the experience.”

And was Soon Cho satisfied with the end result? “It exceeded what I’d imagined,” she said. “I was really happy to see it happening in real life, from my small idea. That was rewarding for me.”

Soon Cho believes coffee has a lasting and meaningful role to play in modern society. “It connects people,” she said. “It’s more than just a drink.” 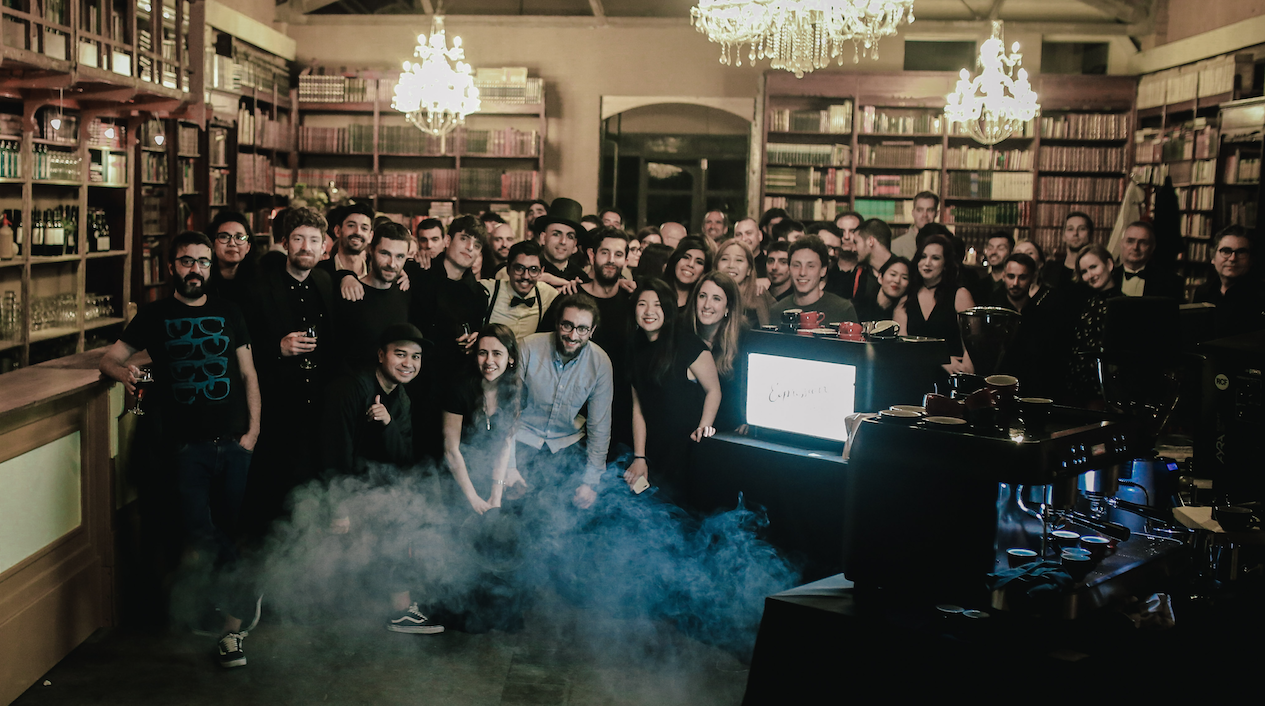 I’d agree with that. One coffee, five senses, and the world is a brighter place. Thank you, Soon Cho.

All pics by Naty Creci