Finally, imagine drinking that same coffee from a different kind of cup and tell me – do you think it would taste any different? Do cups matter? 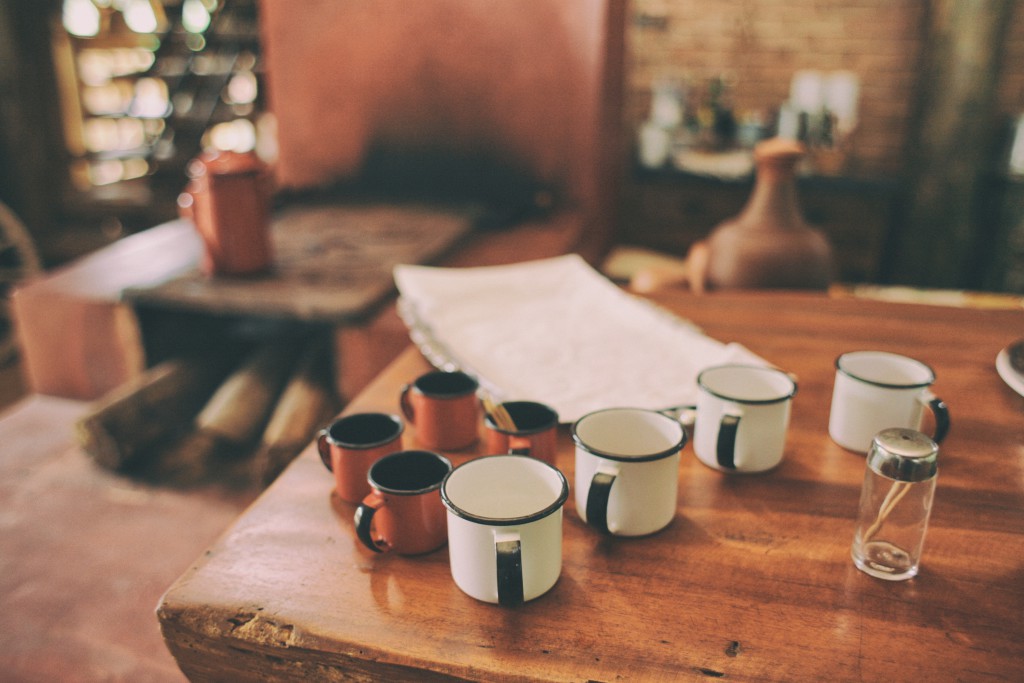 I’m quite convinced the coffee tastes better from a glass but I have no idea why that might be. Looking for a possible answer, I came to realize I have a long list of totally illogical drinks preferences. Soft drinks taste better from a can than a bottle while the opposite is true for beer. Tea tastes better when made in a pot. Wine drunk from a mug tastes weird, water through a straw feels wrong and sparkling water should under no circumstances be drunk without a slice of lemon and ice-cubes.

Is there any meaningful reason for my preferences? Or am I just fussy? 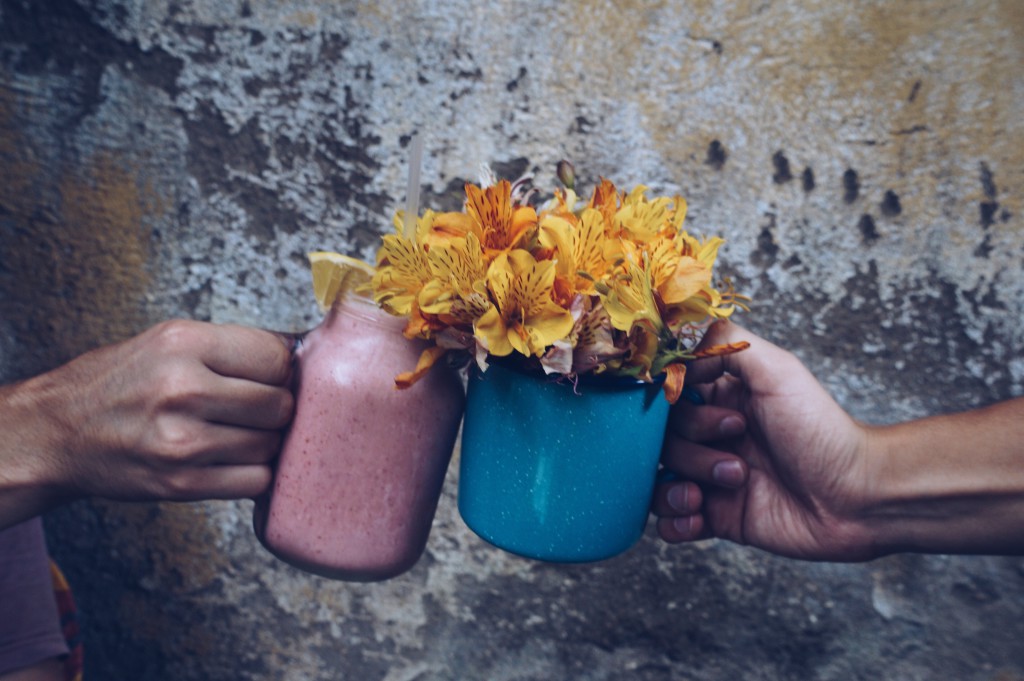 I decided to find out – starting, of course, with coffee.

Some research says ceramic cups keep coffee warmer than glass ones. Why? Ceramic is slightly more porous than glass. More porous = more air is trapped inside the cup = better insulation = less heat loss. But is hot coffee necessarily better? How does the temperature impact the flavour? And are there any other factors should I consider? I looked to the experts for answers.

First of all I spoke to Gary Baxter, chief executive at Four Corners Cafe in south-east London. The café was voted Best Coffee Shop in the UK at the latest nationwide Coffee Shop Awards.

Gary said that while Italians historically served lattes in a glass, he doesn’t think it was a choice based on flavour. In fact, he suspects it was simply a way of showing off the different layers of coffee and milk.

“You shouldn’t be tainting the flavor with either glass or ceramic,” he said. But takeaway cups are a different story. “If you’re talking about a paper or plastic cup then you bring in elements of tainting it. And when you put a lid on it then you really impact the flavour. Smell is such an important part of it.”

Gary said coffee drinkers unsure whether to choose glass or ceramic should instead look at the shape of the cup, explaining that wider versions create more surface area and therefore cause the coffee to cool more quickly. But why does the temperature matter? 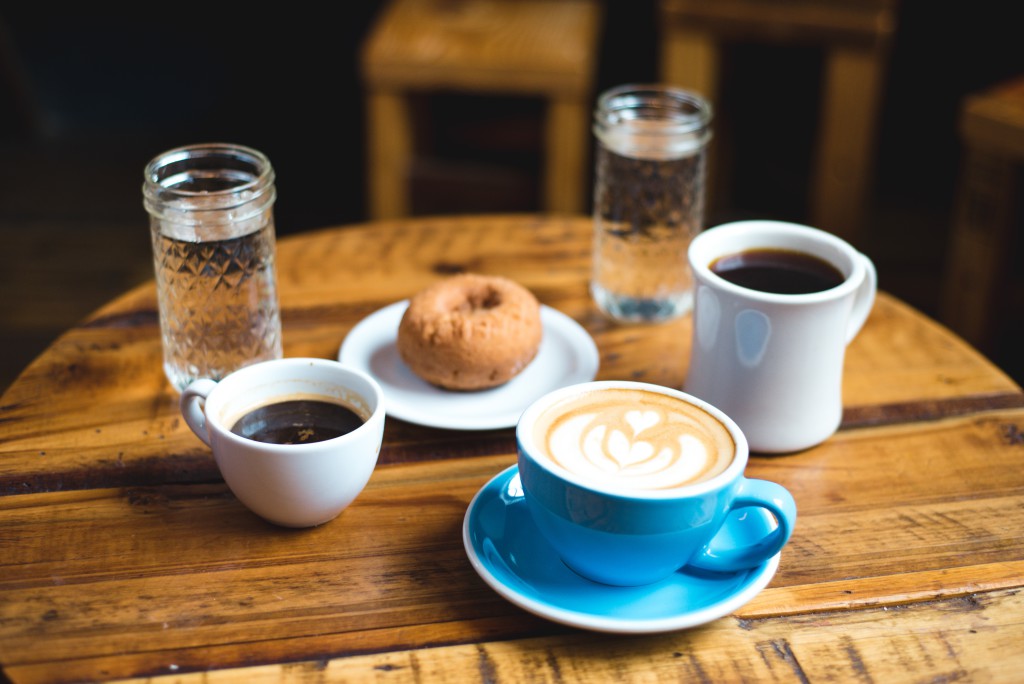 “It depends what kind of coffee you’re drinking,” he said, saying commercial coffee brands overheat their milk so drinks stay warmer for longer. But he says speciality shops like Four Corners Café take a different approach. “We don’t heat the milk above 65 degrees because you start to burn the fats and proteins of the milk. It’s best drunk within a few minutes.”

I put the same question to Jim Watson, an experienced coffee professional who runs training courses at the Scottish Barista School. He said he says “a properly pulled” shot of espresso should taste good regardless of the cup its served in. But he agrees that shape and temperature are also key factors. He said: “The shape can have a lot to do with it, and a thicker wall keeps the temperature right in the cup. It keeps the heat.”

He’s in no doubt that the wrong temperature can produce “a totally different taste” of coffee. “Temperature is so important,” he said. “You should never drink a cold cappuccino.”

As far as glasses go, he believes the main benefit is “the theatre of it all” as they expose the layers of coffee and milk.

Finally I spoke to Miki Kacner-Fede, a barista at Satan’s Corner, a speciality coffee shop in Barcelona’s Gothic Quarter. He always serves cortados (espresso with a touch of milk) in a small glass – but says the choice is based not on flavour – but on a tradition which he believes started in Madrid in the 1960s.

In contrast, he always serves flat whites in a ceramic cup – but explained the choice is due to its volume rather than a taste factor. He thinks the only difference is one of perception – making reference to a theory among some baristas and scientists who believe coffee tastes sweeter when served in a blue cups.

“It’s more about our brains, because we can see the different layers,” he said. “And it looks quite cool.” 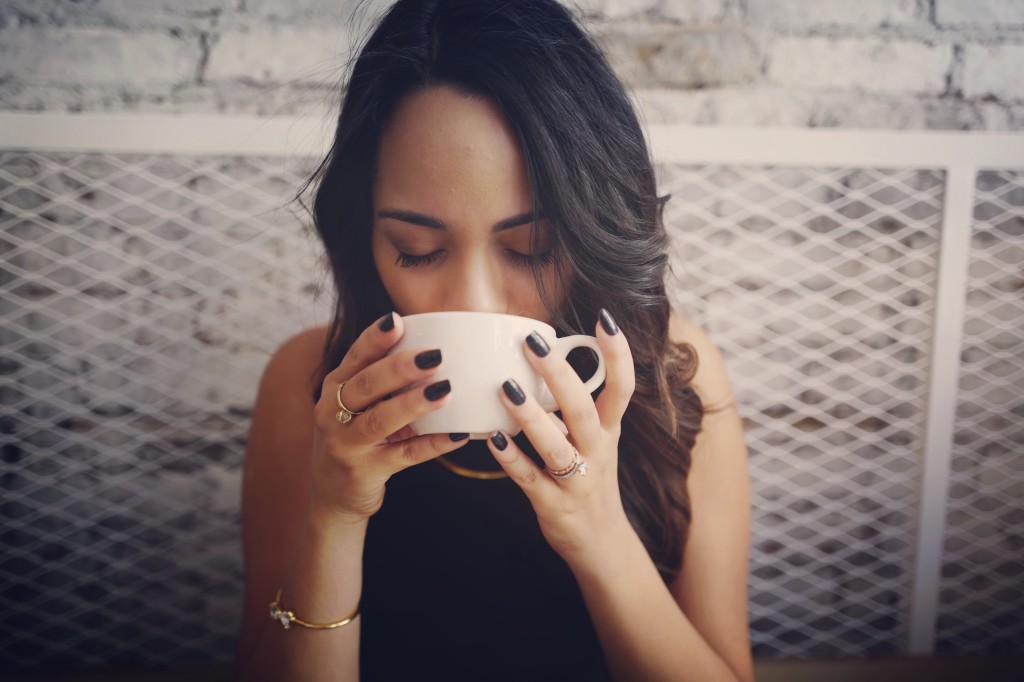 But ultimately Miki agrees with the other experts – while disposable cups could affect the flavour, the choice between glass and ceramic shouldn’t impact the taste of your brew.

And so I’ll continue with mine – espresso with a touch of milk, served in a curiously small but endlessly beautiful glass. A glass that’s too small for water or soft drinks or beer; too big to use as a shot-glass; too wide to use as a substitute egg-cup (yes, I tried and yes, I failed);  too short to use with a straw. A glass that’s designed for short, sharp coffee and nothing else. 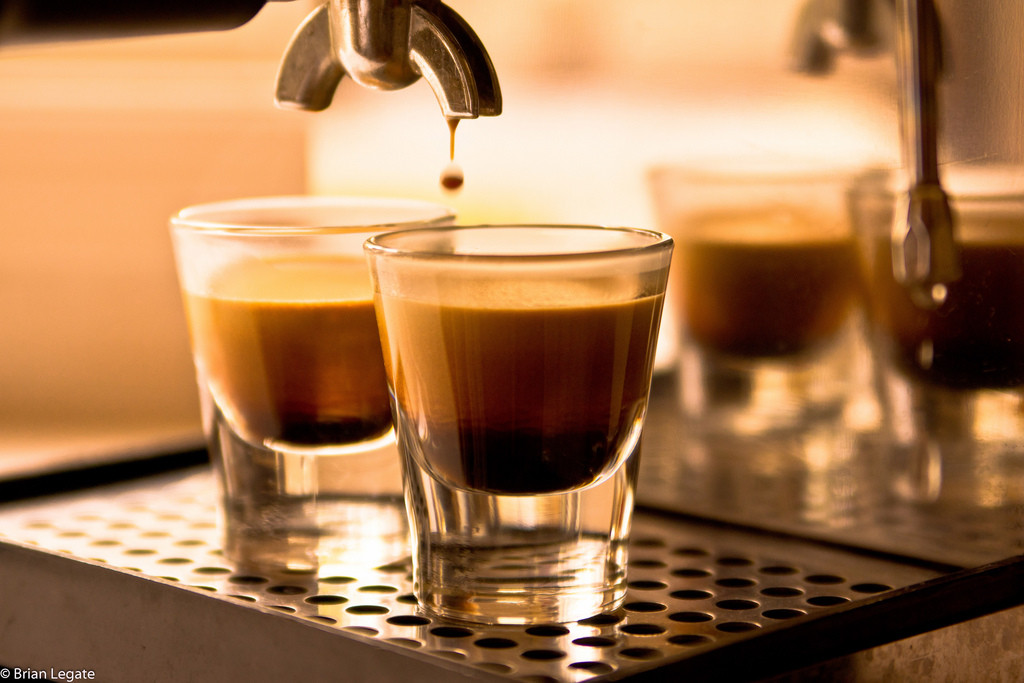 I love watching espresso settle in my glass, the golden crema rolling upwards towards the rim, leaving clean, black goodness in its wake. Forget daybreak. Forget the sun. Every morning, every coffee, I stop to watch my crema rise – and to gaze at the milk, mesmerised, as it swirls and gradually blends with my black brew. Two becoming one, a happy transformation, a little coffee miracle every time.